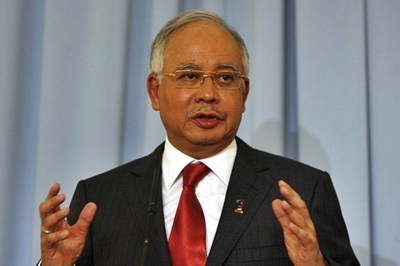 Karachi : Family members of Chinese passengers who were aboard the missing flight MH370 expressed both anger and disbelief on Thursday over Malaysian Prime Minister Najib Razak’s recent statement that revealed that the missing debris found on Reunion island belonged to the plane.

According to the Dawn, most of the passengers on the flight were Chinese, and around a dozen of their relatives gathered outside the Beijing office of Malaysia Airlines waving Chinese and Communist Party flags with the belief that their loved ones are still alive and are perhaps being held at an unknown location, despite the mounting indications of a fatal crash.

The Chinese foreign ministry expressed ‘deep grief’ for the missing passengers of the jet. The flight, with 239 people on board, vanished en route from Kuala Lumpur to Beijing in March last year, with the authorities saying it had crashed in the southern Indian Ocean. No physical evidence had been found until the debris, part of a wing known as a flaperon, washed up on the French territory of Reunion, and and was taken to Toulouse for testing.