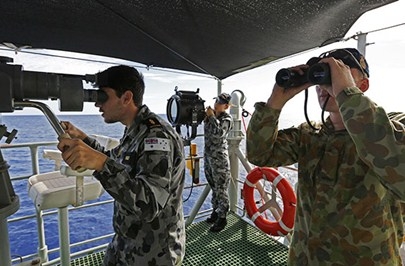 Beijing: China today requested Malaysia to continue investigating the cause of the crash of a Malaysian Airlines plane after Kuala Lumpur confirmed the debris found on a remote Indian Ocean island was from the ill-fated MH370. Foreign Ministry spokeswoman Hua Chunying said the Chinese government requests the Malaysian government to act on its commitment, continue the investigation into the cause of the accident, provide the families with necessary help and uphold their lawful rights and interests.

She said in a statement that the Chinese government expresses grief and sorrow for those on board, and extends profound sympathy and condolences to their families, state-run Xinhua news agency reported.

The Boeing 777 vanished on March 8 last year, en route from Kuala Lumpur to Beijing. Of the 239 people on board, the majority — 153 people — were Chinese. Earlier today, Malaysian Prime Minister Najib Razak said the debris discovered on the French Reunion Island on July 29 was confirmed to be of flight MH370.

He said Malaysia remains dedicated to finding out what happened on board the flight. The debris was officially identified as part of a plane wing, known as a flaperon, from a Boeing 777.

Prior to the discovery, a massive surface and underwater hunt in the southern Indian Ocean had failed to find the plane.