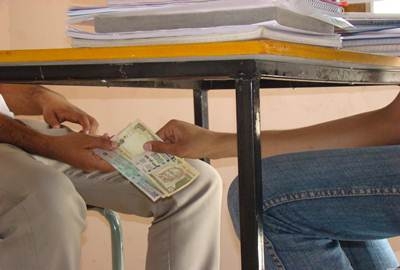 New Delhi: CBI today questioned Joint Director of Enforcement Directorate (ED) J P Singh after searches were carried at his premises last week following registering of an alleged bribery case against him. The case was registered by CBI after the Prime Ministers’ Office(PMO) asked the agency to probe the allegations by some businessmen in Gujarat that Singh had been demanding bribes while investigating a case related to IPL betting probe.

Initially a discreet inquiry was conducted after which the case was entrusted to the CBI for a thorough probe. Singh, who is posted as Joint Director in Directorate’s Ahmedabad branch, was summoned to the CBI headquarters here and questioned by the sleuths, official sources said today. Singh is a 2000 batch Indian Revenue Service(IRS) officer of Customs and Excise wing. A case has been registered under provisions of criminal conspiracy under IPC and Prevention of Corruption Act against Singh and unknown officials of ED.

After registering the cases, CBI carried out searches the ED office in Ahmedabad and residences of Singh and Additional Directors Sanjay Kumar and P S Srinivas, both ED cadre officers in Ahmedabad, and Somvanshi here in Delhi, they said.

“It has been alleged that certain officers of Enforcement Directorate while investigating the cases of money laundering in betting and other such activities have allegedly demanded and accepted huge illegal gratification from the accused and suspect persons in the said cases.

“Huge bribe amount was allegedly taken by these officers as quid pro quo for various acts of omission and commission,” the CBI spokesperson had said in a statement. The ED, meanwhile, has sent a report to the Finance Ministry for “immediate action”.