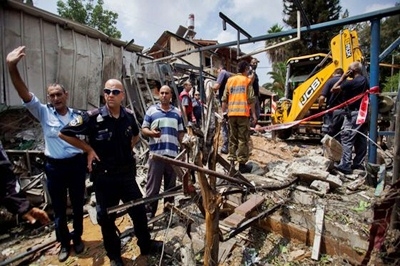 Gaza City: A Palestinian health official says at least four Palestinians from the same family were killed and 13 people were injured in the Gaza Strip by an explosion of Israeli military ordnance left over from last summer’s war.

Gaza Health Ministry spokesman Ashraf al-Qidra says the ordnance exploded as Palestinian workers were helping family members remove rubble from a house destroyed in the 50-day war between Israel and the Hamas militants who rule the coastal territory. The ordnance is believed to have been dropped in an airstrike on the house during the war. Last year, six people, including an Associated Press video journalist and his Palestinian translator, were killed as Gaza police engineers tried to defuse unexploded Israeli ordnance. Three people, including an AP photographer, were badly injured.