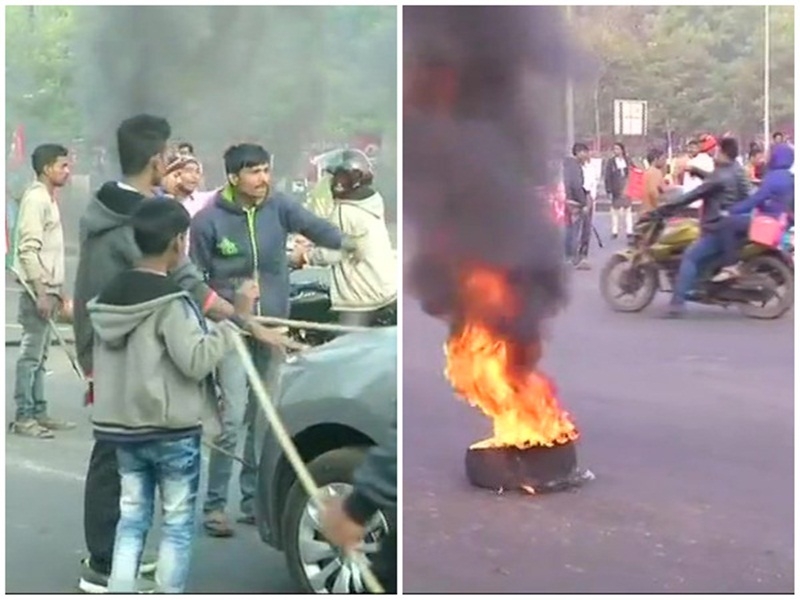 Bhubaneswar (Odisha): A two-day ‘Bharat Bandh’ called by trade unions against the alleged repressive policies for workers adopted by the central government, adversely affected the normal life in Odisha. Trade unions staged protests by stopping trains and traffic, owing to which buses and movement of transport services were impacted.

Many business establishments, educational institutions and banks were also closed across the state for two days. In the East Coast Railway Zone of Odisha, total 10 trains were cancelled, 25 trains were on controlled route and four trains were partially cancelled during this strike. The two-day Bharat bandh call — January 8 and 9 — has been given by 10 central trade unions to press for the fulfilment of their 12-point charter of demands. Their demands include a minimum monthly salary of up to Rs 18,000 and social security provisions among others. The strike is supported by AITUC, CITU, INTUC, SEWA and labour progressive federation among others and political parties including BJD and Congress had also extended their support to the strike.