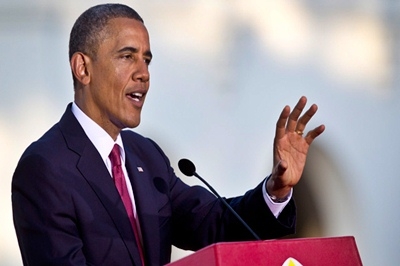 London : President Barack Obama’s plan to train up to 5,000 fighters a year to form a moderate Sunni opposition to counter the IS militants has been criticised by a senior rebel trained in the programme.

Capt. Ammar al Wawi said that although the United States has shown readiness to back the training programme with money, weapons and the provision of air cover, the project is very slow and in reality only 60 fighters have been trained in six months, the BBC reported. Capt. Wawi also reminded how the United States and its allies failed to protect the fighters , also known as Division 30, when they came under attack in Syria last week. At least five fighters were killed and more than 10 abducted in the clash against the al-Qaeda-affiliated al-Nusra Front.