Baliyan surrenders after warrant for non-appearance in court 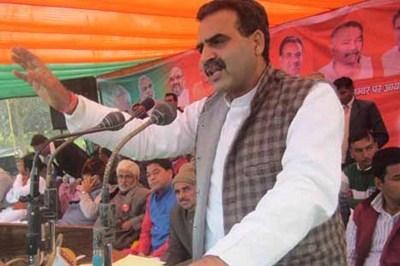 Muzaffarnagar: Union minister Sanjeev Baliyan today surrendered in a court here after a bailable warrant was issued against him for failing to appear in connection with a 2013 Muzaffarnagar riots case. Additional Chief Judicial Magistrate Sitaram had on November 24 asked the accused, including Baliyan, BJP MP Bhartendra Singh, party MLA Suresh Rana and VHP leader Sadhvi Prachi, to appear in the court on December 18.

According to prosecution, they are facing charges under various sections of IPC for violating prohibitory orders, deterring public servants from discharging their duties and also wrongful restraint. It is alleged that the accused participated in Nadala Mador panchayat meeting and incited violence through their speeches in the last week of August of 2013.

The communal clashes in Muzaffarnagar and adjoining areas in August and September of 2013 had claimed 60 lives and displaced over 40,000 people.