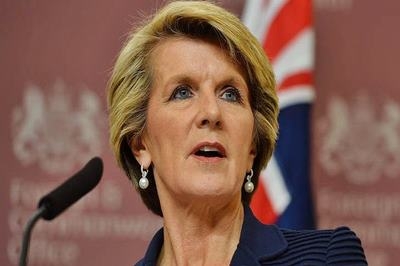 Sydney: The number of Australians fighting for the Islamic State group in Syria and Iraq doubled in the past year but was not expected to continue to grow so rapidly, Foreign Minister Julie Bishop said.

Australia has been increasingly concerned about the ability of IS, also known as Daesh, to lure citizens to the conflict and at least 20 nationals are believed to have died there. “We estimate that there are around 120 Australians currently in Iraq and Syria supporting Daesh and other terrorist groups,” Bishop told reporters in New York late yesterday. “That is double the number that I reported here 12 months ago.” Bishop said estimates were that 30,000 foreigners from at least 100 countries had joined Islamic State jihadists.

“Our numbers have doubled since last year but I don’t expect it to double again by next year,” she said from New York where she has been attending the United Nations General Assembly. “We are having some success in interrupting the flow of foreign terrorist fighters, but I wouldn’t say we have yet turned the tide.” Australia raised its terror threat level to high a year ago and since then has introduced new national security laws and conducted counter-terrorism raids amid concerns about radicalisation.

Canberra has also cancelled passports and prevented a number of people from leaving the country on fears they were heading to the Middle East to join IS. “So the numbers are still increasing but we hope to stem the trajectory through our efforts,” Bishop told Australian media. The Australian minister said the government was also concerned about convicted terrorists who are being released from jails in Asia, including in Indonesia, and the risks they posed if not rehabilitated. “It is also a concern that we have that this kind of perverted ideology could be spread within the prison system as it has been in other countries,” Bishop said.