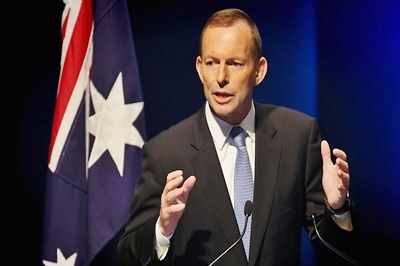 Canberra: Australian Prime Minister Tony Abbott vowed on Thursday to continue searching for Malaysia Airlines flight MH370, following Malaysia’s announcement that the piece of wreckage that washed up on Reunion Island was from the missing jet.

“We do continue to search. I think so far we have allocated $100 million toward the search costs in the distant Indian Ocean,” Xinhua quoted Abbott as saying. “The fact that this wreckage does now very much look like it is from MH370 does seem to confirm that it went down in the Indian Ocean,” the prime minister added. “It does seem very consistent with the search pattern we’ve been using for the last few months and let’s hope we can turn something up.”

Abbott said Australia “owes it to the families” of the missing passengers to continue the search for the jet, which was carrying 239 people including six Australians. Abbott’s comments came after the announcement made by Malaysian Prime Minister Najib Razak, who revealed the news from Paris early Thursday. “Today, 515 days since the plane disappeared, it is with a very heavy heart that I must tell you that an international team of experts has conclusively confirmed that the aircraft debris is indeed from MH370,” Razak said.

The flaperon was a piece from the wing of the jet that was recovered on Reunion Island, off the coast of Madagascar in the western Indian Ocean on July 29. It was taken to Paris for examination by French authorities and representatives from Boeing and Malaysia Airlines. MH370 was a flight bound for Beijing from the Malaysian capital of Kuala Lumpur on March 8, 2014. It has been declared missing after losing radio contact with the ground shortly after take-off.