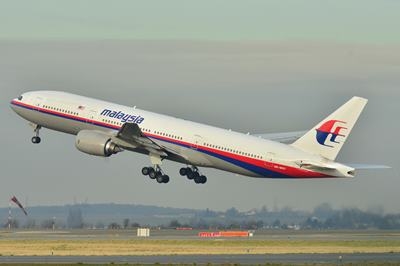 Melbourne: Australian Prime Minister Tony Abbott today expressed confidence that the “baffling mystery” of flight MH370 will be solved soon after Malaysia confirmed that the debris found on an Indian Ocean island was part the plane that crashed with 239 people, including five Indians.

Abbott said the search “must go on” and that the discovery indicated the Boeing 777 had crashed close to the place they had previously thought it had. “What we have found in the West Indian Ocean does seem to indicate that the plane did come down more or less where we thought it did and it suggests for the first time we might be a little bit closer to solve this baffling mystery,” he said. “I believe it is appropriate because not only were there six Australians on that plane, but millions of Australians nearly every Australian – at some point in time is an air
traveller,” he said.

“We owe it to the hundreds of millions of people who use out skies to ensure their travel is as safe as it possibly can be, to try to get to the bottom of this terrible mystery,” he added. Foreign Minister Julie Bishop who was in Kuala Lumpur also said Australia is committed to continuing the search for MH370. “At least it is a piece of evidence and I am sure that more assumptions can come from this and hopefully we will find answers for the families of those who have been waiting for such a long time, to hear something of what happened to MH370.”

The Malaysia Airlines plane was travelling from Kuala Lumpur to Beijing on 8 March 2014 when it vanished from radar. It had 239 people, including five Indians, on board. The debris -a wing part known as a flaperon – found on the remote French island of La Reunion in the Indian Ocean a week ago is the first possible trace. A flaperon is a part of the wing used to manage the lift and control the roll of an aircraft. Malaysia today said the reason why it is confident that a piece of wreckage found on Reunion island belonged to the missing MH370 is based on a maintenance seal on the flaperon .

“This conclusion was reached as the technical details of the flaperon matched MAS records,” Transport Minister Liow Tiong Lai said, a day after Malaysian Prime Minister Najib Razak announced that a piece of aircraft wreckage found on Indian Ocean island is from missing flight MH370. French prosecutors, however, declined to confirm the debris belonged to flight 370 and said there was a “very high probability” the wreckage came from the ill-fated plane and that more tests were needed before making a definitive conclusion.

Terming the new discovery as a major breakthrough, Malaysia Airlines in a statement said, “We expect and hope that there would be more objects to be found which would be able to help resolve this mystery.” Liow said the Malaysian investigators, in France, including members of the Department of Civil Aviation and Malaysian Airlines Berhad (MAS) were in agreement. He added they also recognised the colour on the flaperon. Liow said they respected the French decision to continue the verification process.

He said Malaysia will leave it to experts to advise on whether the search area needed to be revised. He said decision would be made during a tripartite ministerial meeting between Australia, Malaysia and China. Former MAS chief pilot Capt Nik Ahmad Huzlan Nik Hussain said the discovery of the flaperon was the first evidence that the aircraft had actually gone down in the Indian Ocean as predicted by the search team. “It is the first physical evidence and it strengthens the given pattern of the current flow in the ocean, that it is not impossible for the flaperon to float all the way to the island,” he told Bernama news agency.