At least two dead in earthquake in Tajikistan 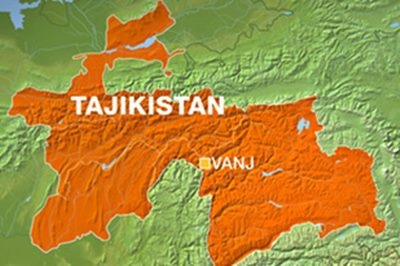 Dushanbe: At least two people were killed and dozens injured when a powerful 7.2-magnitude earthquake struck dangerously close to a high-altitude lake in eastern Tajikistan, authorities in the Central Asian state said today.

The tremor hit at 7:50 GMT in the ex-Soviet country on Monday, 109 kilometres (67 miles) west of the town of Murghob at a depth of 28 kilometres, the US Geological Survey said.

Those known to have been killed include a truck driver and a policeman who were travelling along perilous mountain roads in the remote region after the quake triggered landslides, the country’s emergency services committee told AFP.

Dozens more are feared injured, the committee spokesman said. A statement by the presidential press service also said that “more than 500 homes” were destroyed in the quake.

The epicentre of the quake was just 22 kilometres from the high altitude Lake Sarez, formed following an earthquake in 1911 and containing some 17 cubic kilometres of water, according to Tajikistan’s seismological service.

Sarez is considered a major threat to the region if its dams break as a result of seismic activity.

The quake occurred some 345 kilometres east of Tajikistan’s capital Dushanbe and was also felt in neighbouring Kyrgyzstan and Kazakhstan to the north, as well as northern parts of Afghanistan to the south, Pakistan and India.