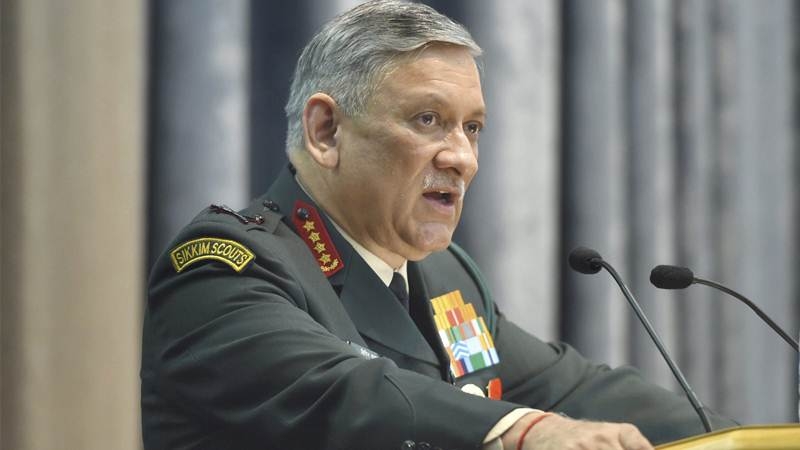 New Delhi: Army chief General Bipin Rawat on Thursday said the Indian Army has properly managed the situation on the western and northern borders with Pakistan and China, giving no cause for concern.

He said the Army had been adopting both “hard and soft power approach” to control the situation in the Kashmir Valley and the offer to terrorists who want to return to the mainstream was “always there”.  “Both hard and soft approaches need to be adopted. But the offer to terrorists who come over the ground looking at peace is always there. Because ultimately who is affecting by all this? The people of Kashmir themselves, based on violence perpetrated by their own people.”

Clarifying that the Army was “only a facilitator of peace”, Rawat said: “We are there to ensure that peace returns to the Valley.” He added: “And with that narrative, I think we have succeeded to a large extent in the northeast. A large number of groups have decided to negotiate on our terms. There is a kind of peace. And we are moving forward in ensuring better peace in the area.”

Gen Rawat suggested that there were some issues which had to be seen in context. “It is not that one size fits all is the policy we can adopt. We may be adopting a policy with one faction based on their condition. The same policy may not be acceptable to the other group. And, therefore, you cannot say that just because this was done there, why this cannot be replicated here. “It does not happen that way. Each one has to be taken based on what the requirements are, what the concerned (group) is, what the demands are, what the situation is and where do the people stand with regard to their status. “I think that is what we need to understand,” Rawat added.