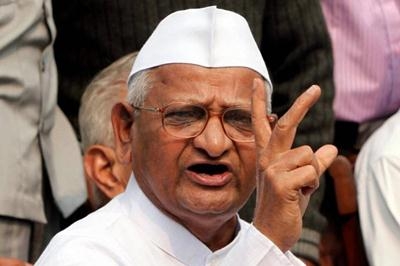 Wardha (Mah): Anti-corruption crusader Anna Hazare today announced here that he would set off on his ‘pad-yatra’ (foot-march) against the land bill on March 25 from Sevagram here. Hazare today held discussions with his associates over the yatra here. He said that the yatra would start on March 25 and will conclude on April 27.

Before that he would visit Bhagat Singh’s village in Punjab and pay homage to him on March 23, the death anniversary of the iconic revolutionary. No political leader would be allowed on the stage at Ram Leela ground in Delhi where the march would conclude, he said. “Violence would not be allowed at any cost. Otherwise the march would be suspended,” Hazare said.