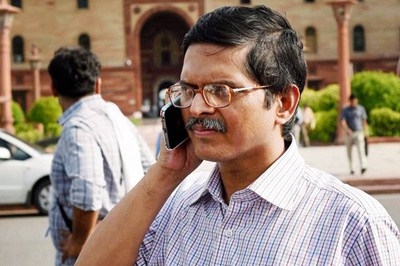 The attack by Thakur, in a letter to Chief Minister Akhilesh Yadav, came as his wife and activist Nutan Thakur also took on the SP government, alleging Lokayukta N K Mahrotra had been pressurised to shield UP mining minister Gayatri Prasad Prajapati and approached the Governor for a probe against the anti-graft ombudsman.

The suspended DGP opposed the UP government’s move and warned of moving court to fix responsibility of officials “who spent huge funds for filing the unwarranted petition in the apex court.”

“The Allahabad High Court in its order dated July 16, on the PIL filed by my activist wife Dr Nutan Thakur, handed over the case to CBI terming it as being symptomatic of misuse of authority by people in the corridors of power, on which the CBI has started the process,” Thakur said in the letter.

The UP government has filed this Special Leave Petition (SLP), on certain technical grounds, merely to stop CBI inquiry and huge amount of state exchequer will be “squandered” on big advocates hired for this, Thakur alleged.

The UP government yesterday moved the Supreme Court against the Allahabad High Court order for a CBI probe into corruption charges against Yadav Singh.

“Mehrotra had ended his inquiry against Prajapati and illegal mining in UP on May 25 by superficially inquiring the facts and saying that the allegations are not being substantiated, regarding which I had presented an affidavit on June 2 saying that the Lokayukta had looked into merely 15 of her 54 allegations, leaving 39 points untouched,” Thakur said in the letter.