6 Splendid and Heart-warming tales of Hanuman

The art of story-telling transcends cultures and religion. Tales and songs have been written since ancient times speaking about the heroic deeds of the Gods and men. Lord Hanuman is no exception. Hindu mythology, ascribes and attributes various stories speaking about the courage, strength and devotion he displayed in his lifetime.

Some talk about his adventures in the epics, and others give us alternate stories of his life. Even before the western countries had comics, and Superman, Batman and Spiderman; we had our very homegrown superhero Hanuman. Like a good sportsman he was an consummate all-rounder. He was intelligent, patient, compassionate, ready to help, graceful, devoted to a larger cause, humble, and of course immensely strong.

Stories of him, have been used by the older generations to teach and inspire the younger generation . There have also been a fair shair of television shows too which have done just that ! And gained immense popularity

Here are some brilliant and celebrated tales to regale you with and also refresh your memory . These are some of the captivating tales of the Vanara (monkey) God – Lord Hanuman 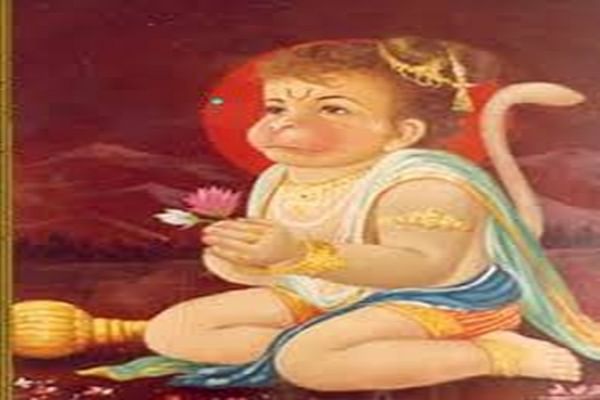 1) Hanuman was mischievous in his childhood, and at times teased meditating sages in the forests. Finding his antics unbearable, but realizing that Hanuman was but a child, the sages placed a mild curse on him – due to which he was unable to remember his own ability/powers unless reminded by another person. The curse is highlighted in Kishkindha Kanda and Sundara Kanda when Jambavantha reminds Hanuman of his abilities and encourages him to go and find Sita. 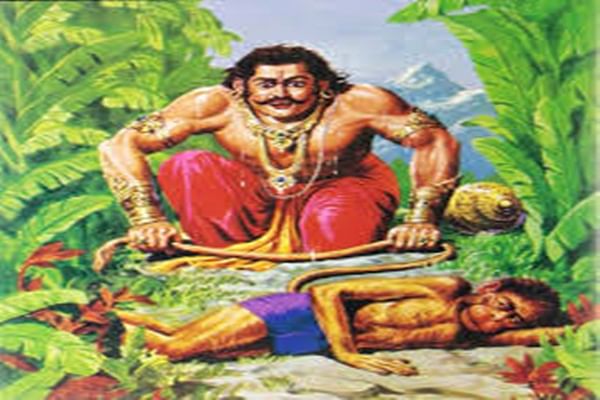 2) Lord Hanuman and Lord Bhima were both brothers. Hanuman is also considered to be the brother of Bhima as they had the same father, Vayu. During the Pandavas’ exile, Hanuman appears disguised as a weak and aged monkey to Bhima in order to subdue his arrogance. Hanuman lies with his tail blocking Bhima’s way. Bhima, unaware of his identity, told him to move it out of the way. Hanuman,(in disguise), refuses. Bhima then tries to move the tail himself but he is unable, despite his great strength. Realising he is no ordinary monkey, Bhima then surrenders. 3) A curious tale about Hanuman’s hunger is shown to us in the Ramayana. Once during Sita’s exile, Hanuman went to meet her in priest Valmiki’s cottage. Sita was overwhelmed with happiness to see him and cooked many delicacies for Hanuman. She continued to serve him but was soon on the verge of exhaushtion. In despair, she prayed to Lord Ram who advised her to add a Tulsi leaf in the food being served to Hanuman. Since Tulsi is offered to the Lord Rama and Hanuman was an ardent follower of Ram, his hunger finally subsided and he was satiated.

4) Hanuman also had a son named Makardwaja. The story of Makardwaja’s birth is quite an interesting one. Hanuman was sweating profusely when he was flying back over the ocean after the burning of Lanka. A drop of his perspiration fell into the waters and was swallowed by a crocodile/ fish. That was how Makardwaja was conceived.

5) Hanuman with his monkey army was the guard of cave entrance, where Vaishno Devi was meditating for nine months, before she came out of cave. There is a stream called Ban Ganga ( Ban literally means an arrow ), where Devi used her arrow to take out a stream of water from the hill, to quench the thirst of Hanuman when he became thirsty. Hanuman also fought with Bhairavnath before Vaishno Devi asked him to leave Bhairavnath to her.

6) Ram wouldn’t die as Hanuman wouldn’t allow Yama (God of Death) to enter Ayodhya to claim Ram. To divert Hanuman’s attention Ram dropped his ring through a crack in the floor and asked Hanuman to fetch it back for him. On his way Hanuman reached the land of serpents and asked their King’s assistance to search for Ram’s ring. The king showed Hanuman a vault filled with rings all of which were Ram’s. He told Hanuman that when in the cycle of time, when a Ram is to die he drops a ring down the crac; so that a Hanuman can be diverted from his guard. Caught off guard and deeply saddened Hanuman came back to earth.

We hope the blessings of Lord Hanuman follow you wherever you go and that they may keep you safe, happy, healthy and prosperous. Have a great and blessed Hanuman Jayanti, Jai Bhajranj Bali!