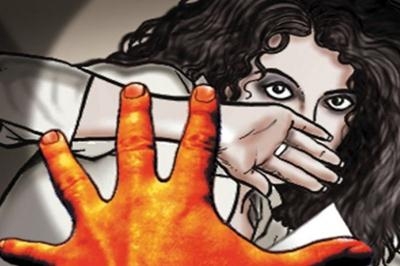 The minor girl, an orphan, is admitted in AIIMS and her condition is stated to be critical. The victim lives with her maternal aunt at a village near Pul Prahladpur. She went missing on May 17, and a search operation was conducted but she could not be found, a senior police official said.

In the wee hours of May 18, locals spotted the victim lying unconscious near the railway track. She was then rushed to AIIMS where doctors confirmed the sexual assault and a case was registered under relevant IPC sections and Protection of Children from Sexual Offences Act, police said.

However, the accused is yet to be arrested. Delhi Commission for Women (DCW) chief Swati Maliwal today met the girl at AIIMS . “The girl has been brutally raped and we are suspecting it to be a case of gangrape. She is mentally challenged. She has severe injuries on her body.

“She has undergone a major surgery and according to doctors it will take her at least four months to recover. Her condition as of now is critical,” Maliwal said.

“Delhi police did not officially informed us of the case. We will send notice to the Delhi police for the same. Both the Chief Minister Arvind Kejriwal and Home Minister Rajnath Singh will have to sit together, make a high level committee and discuss steps to curb crime and atrocities against minors and woman,” she added.