Studies have indicated that water hyacinth doubles itself within five to fifteen days.

The deadly water hyacinth, which was cleared just a month ago, is crawling back to life in the Mapusa river, throwing questions on the efficacy of the task taken up by the water resources department.

Little pools of the invasive weed are popping up in several areas along the river from the Tar bridge right up to the Moira bridge.

Considering the ability of the weed to grow it won’t take much time for the invasive weed to cover the entire river once again.

Studies have indicated that water hyacinth doubles itself within five to fifteen days.

Assistant Engineer of WRD, Rajeev Kadam, said they will have to look into the issue and take an informed decision.

“We will have to observe how much of the weed has resurfaced and what steps need to be taken. The biggest problem is that we are not getting the machine,” Kadam said.

He said the WRD was also planning to re-draw an estimate to remove the weed on the other side of the river near the Green Park area.

Before the onset of the monsoon there was a hue and cry against the deadly weed as the river was completely clogged with it.

The weed had spread its tentacles occupying almost the entire stretch of the river running from Hotel Green Park in Guirim/Bastora and Mapusa right up to Moira.

There were serious concerns that the presence of weeds could restrict the movement of water flow and cause floods during the monsoon.

After coming under public pressure, the water resources department tendered the work to clear the weed from Tar bridge to Moira bridge at Rs 10 lakh.

The work to clear the weed was taken up in the second week of June and the entire stretch was cleared within a span of 15-20 days.

The WRD officials had informed that the part of the stretch from Tar river to Hotel Green Park will be taken up in the second phase.

Read Also
Goa: Aged trees get a trim along NH66 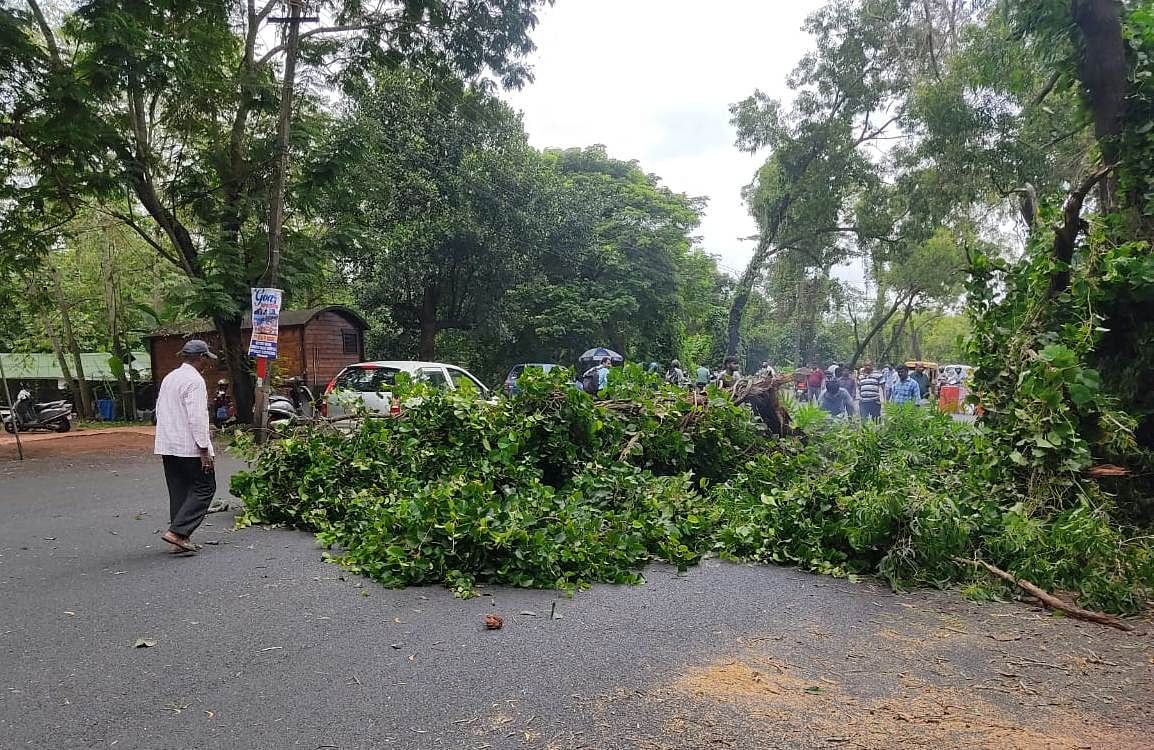