Goa: Body of infant found in dustbin outside apartment at Vasco

Vasco: In a tragic and shocking incident, the dead body of an infant was found wrapped in a plastic bag in the dustbin outside a flat of a residential apartment in Baina-Vasco on Wednesday afternoon.

While the residents denied knowing the baby, they suspected that someone else may have placed the infant’s dead body in their dustbin. The incident came to light after the daily garbage collection staff noticed the dead body in the dustbin and alerted his supervisor who in turn alerted the Mormugao police of the incident.

Mormugao police led by PI Raghoba Kamat rushed to the site even as a large crowd gathered at the residential building after the news broke out of the incident.

Mormugao MLA Sankalp Amonkar and Vasco BJP Mandal President Deepak Naik also arrived at the site and met the family living in the flat to enquire about the shocking and tragic incident.

Speaking to reporters, the garbage collector said the incident occurred at around 12 noon on Wednesday. “I had arrived to the flat to collect the daily garbage and I noticed something suspicious about the dustbin. There was an object concealed in double plastic bags inside the bin and I opened it to only find that it was an infant. I checked to see if the infant was alive but found it dead.”

The garbage collector further said, “The flat was closed and hence I knocked on the door but no one opened initially. After repeated knocking, a small child opened the door and I asked the residents whether the dustbin belonged to them to which they agreed but when I asked them about the dead body of an infant, they refused and said they had nothing to do with it.”

“I then told them that I will have to inform my supervisor and call the police and I made a call from my mobile phone. As I was calling, the child rushed with the dust bin inside and locked the door. I later informed the incident to the supervisor who called the police,” said the garbage collector.

Mormugao MLA Sankalp Amonkar directed the police to thoroughly investigate into the case as it could hurt sentiments of the people. “This incident is shocking and after I spoke to the family, they are claiming that some one may have kept the infant in their dust bin the previous night. They also claimed that after the garbage collector spoke about calling the police, their 5-year-old child took back the dustbin in fear and the family was very scared after the garbage collector told them that the police will be called to their flat. The police need to find the facts in this case but this is a very sad incident that an infant was dumped in a dust bin and found dead,” said Amonkar.

Vasco BJP Mandal President Deepak Naik said that the people involved in the crime should be dealt seriously so that such incidents are not repeated. “I rushed to the site after information that the dead body of an infant was found in a dustbin but no one knew its identity. The police are trying to find the parents and investigations are being carried out. This is a sad incident and in the past an alive baby was dumped in the garbage site and this can send a wrong message,” said Naik. 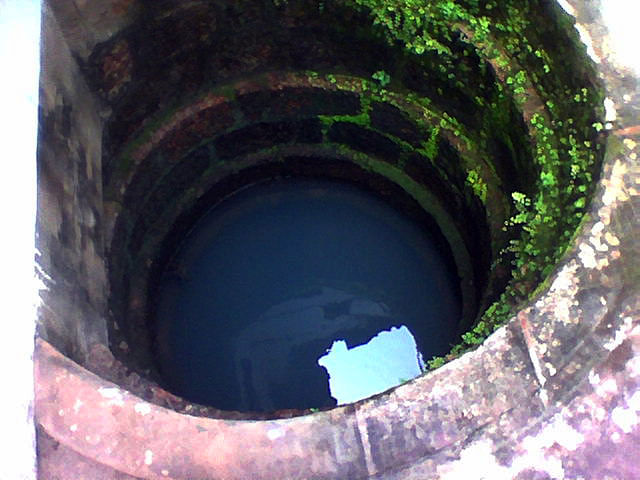 HomeGoaGoa: Body of infant found in dustbin outside apartment at Vasco