Currently seen as one of the judges on MasterChef India, new blood Zorawar Kalra is making waves in the culinary world. Sapna Sarfare asks him about his new delicious ventures, plans for Indian cuisine and more.

India has always been a foodie’s paradise and has been seeing the foodscape change in recent times. And one person, making a mark in the world of culinary is Zorawar Kalra, Founder & Managing Director, Massive Restaurants Pvt. Ltd. Son of the renowned culinary guru Jiggs Kalra, Zorawar is made of the same mettle and wants to go even further than what his father has already laid out. 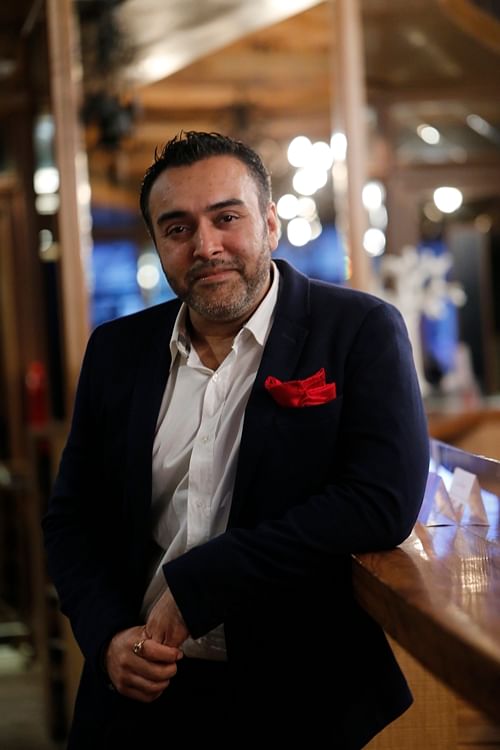 His Massive Restaurants Pvt. Ltd. which came into being in 2012, is his very own baby independent from his father and aims to “develop India’s premier brands of restaurants” to target all segments of the market along with showing the putting Indian food on the global palate permanently. At the moment, four acclaimed, award winning brand brands are under the group – Masala Library by Jiggs Kalra, Farzi Café, Pa Pa Ya and MasalaBar.

Of course, most will now recognise him as one of the judges on the latest season of the popular MasterChef India, where he has replaced a culinary giant, Sanjeev Kapoor to join celebrity chefs Vikas Khanna and Kunal Kapoor.

Being the legend Jiggs Kalra’s son could be a tough task to follow. “My father has spent a major part of his life reviving, restoring, recording, reinventing and reintroducing Indian cuisine to diners from across the globe and placing it on the global map. He is the one person I have always leaned on for advice; though it hasn’t been easy. Unlike popular belief, while it does make life a little simpler but having a legend as your father has its own set of challenges. His name is enough to get people into the restaurant, once, but then it is also his name at stake when it is about delivering excellence and for guests to love the culinary experience and overall hospitality, which is a lot of pressure that we, as a team, have to deal with, therefore keeping us on our toes at all times.”

Of course, they differed on some levels yet found common grounds to work together. “He has his ideas and I have a certain vision of my own for the food, expansion and even the menu planning. I have always maintained that he is the best menu planner the country has.

We have found a mutually agreeable ground, where he assists the culinary team plan the menu, incorporating inputs from me, while I execute them keeping in mind today’s well travelled and exposed audience and the economics of running a restaurant venture. This partnership has been in place from the day I entered the business and exists till date, where dad is the Mentor and Culinary Director at Massive Restaurants, for all the brands owned and operated by the company, helping us develop and fine tune the cuisine served across restaurants.” So, Zorawar is the head honcho, while his father is the guiding light.

Talking about the Indian food scene, molecular gastronomy received mixed response in India. Despite that, he came up with Masala Library where it was mixed with Indian cuisine. The eatery has an outlet in Mumbai at BKC. He reveals, “Molecular Gastronomy is a technique whereby you transform the appearance of an ingredient or dish to add an element of surprise and uniqueness to the dish for the diner to enjoy a different level of dining experience. We are using a plethora of molecular gastronomy techniques which are at the very forefront of modern Avant-garde cuisine.” 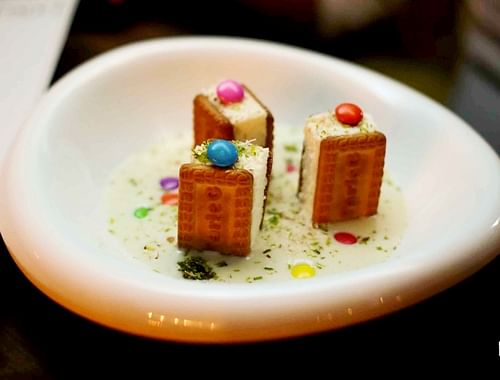 He continues, “Our flagship culinary concept, Masala Library by Jiggs Kalra was the first Indian restaurant in India to have introduced elements of molecular gastronomy in Indian food almost three years back, but I had thought of this concept almost 5-6 years before we eventually launched because I thought that the idea was way ahead of its time then. During the course of working on this concept, there were detractors. Almost three years hence, not only is Masala Library by Jiggs Kalra considered among the country’s top restaurants, it also has many copy-cat versions. While imitation may be the best form of flattery, the big picture is getting lost with such imitation and zero research in Indian food.”

Expanding Indian cuisine is big time on Zorawar’s mind, but he is also big on presenting other cuisines. This is reflected with Pa Pa Ya, another offering located in Palladium Mall at Lower Parel. “We already have a concept, Pa Pa Ya, which is currently our only brand outside the Indian food domain, serving Asian food, which in my opinion is not just one of the oldest cuisines in the world, but has an equal amount of flair & robustness to it and has lacked innovation.

We worked at developing the culinary concept behind Pa Pa Ya for over eight months. The menu offers familiar flavours and authentic taste of admired Asian dishes, however incorporating extensive modernist techniques to turn these dishes on their head, to bring in a sense of surprise into the fray.”

Zorawar, of course, has spoken of taking Indian cuisine to a global level many a times. “The impact of Indian cuisine on the rest of the world since its introduction to the West can be seen with the presence of restaurants/cafés/dhabas serving varieties of the cuisine in all the key culinary districts of the world. Mostly, the concept of Indian cuisine outside is focused on the dishes found in North India and became rather mundane with the same dishes and presentations.

However, I am glad that in recent years there are conscious efforts being made in taking a more modern approach in preparing and presenting a completely renewed experience of Indian food to diners across the globe. My father and I take immense pride in our cuisine and have always believed that it is up to us Indians to make the effort to elevate Indian food, reintroduce it to the world in its modern avatar, retaining its traditional roots and this had to begin from our homeland.”