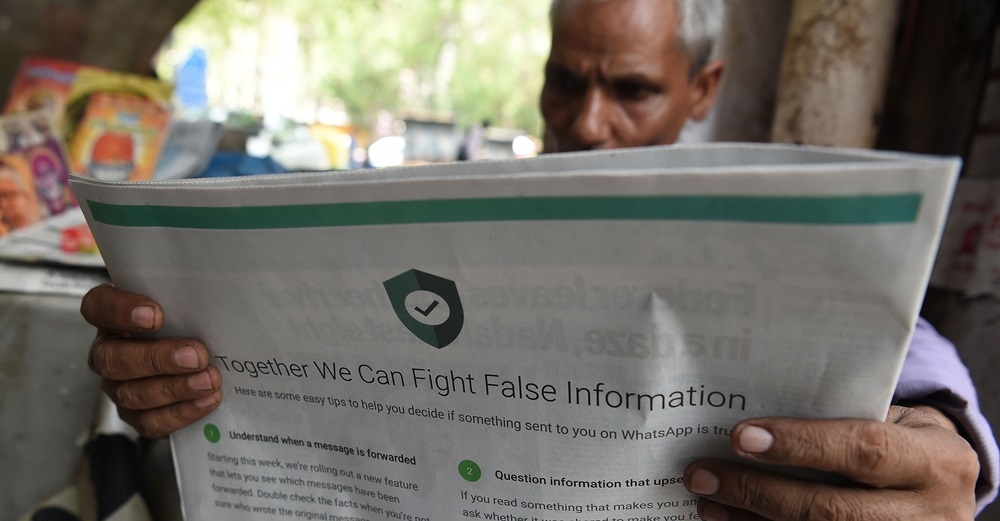 Reporters Without Borders released its World Press Freedom Index for 2019 recently. The Paris based non-profit organisation works on documenting and combating attacks on journalists around the world. As per the findings, the atmosphere for journalists around the world has become increasingly uncomfortable. Speaking about India, it has dropped three spots and is now at 140.

Since the Industrial Revolution of the late 18th century, the press has influenced the masses and has been instrumental in conveying a topic and has made people come together for a national cause. Democratic countries are widely believed to stand on four pillars. While Legislature, Executive, and Judiciary form three of them, the Press is considered to be the fourth pillar. It is widely believed that in the absence of free media, the chances of democracy surviving are grim.

The press in India has undergone a roller coaster ride – from censorship being imposed on it by Indira Gandhi to it playing a huge role in the 2014 elections. The current election atmosphere has also seen the usage of press; both electronic and print to sway the public opinion.

“If we have to look at the press in India, it is free but in chains,” says Rajdeep Sardesai, Consulting Editor, India Today Group. However, according to Sardesai there is a certain amount of restriction which is almost self-imposed. “Though the media is free in India, it is still not as free as it should be,” adds Sardesai. He points out that the ability to challenge the establishment has shrunk and shrunk considerably over the years, not just today.

Agreeing with Sardesai, Sunanda Mehta, Resident Editor, Indian Express-Pune says, “Today it is a well-known fact that the freedom of the media has been compromised. Even if we have 99 million newspaper copies sold every day and over 400 news channels along with 250 FM radio stations the expected transparency and accountability instead of increasing, has taken a beating. The explosion of media has resulted in frenzied competition which in turn has been one of the reasons for the entry of corporates into the industry.” 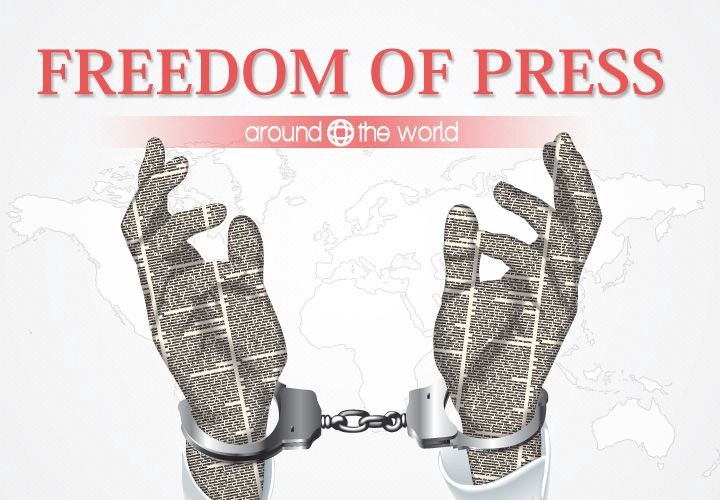 News was supposed to enlighten people on issues of national importance and make them aware of their rights and duties. The media, over the years, has turned into propaganda platforms and source of biased viewpoints. Press, in its true sense, should enlighten the people about their rights and duties. At times, it should take on the other three pillars which are the institutions of democracy. It is the press that acts as the mouthpiece of the public. We all are aware about the anti-corruption movement back in 2011. It was the press that brought people to the streets thus forcing the government to bring in a Lokpal Bill.

Today, the Indian media is unfortunately reduced to being a mouthpiece for various political organisations and business groups. Media is acting as an artistic assistant and at times is merely taking dictation from the influential figures, as their business relies on support from such organisations.

Detailing on the attempts by governments to curb the press irrespective of ideologies, Sardesai says, “The Rajiv Gandhi government had brought a defamation bill in 1988 under the pretext of curb ‘criminal imputation’ and ‘scurrilous writings’. He himself later withdrew the bill. Similarly there have been attempts by the current Narendra Modi government which had to withdraw a guideline issued by I&B stating that if a journalist is found to have created or propagated ‘fake news’, his or her press accreditation would be at risk of getting cancelled.”

While Sardesai points out the pressure from the governments in power, Mehta points to the pressures journalists have from the media houses. “There is a huge amount of money that has entered into the media rooms and that has been of fundamental reason for the news being compromised. The fearlessness that we had in journalism is hardly there today. Most of the journalists today are working in media houses that are owned by business houses where there are some lines that they simply cannot cross. There is far too much power play at the top levels, with courageous journalism being the hapless victim of it all,” she elaborates.

Mehta further points out that in India, we have very few media houses and newspapers left where journalists can write freely and expose the wrong doings of the government irrespective of who is in power. She likens it to the Heisenberg principle with the target today being profit and as we start moving towards this objective, the whole nature of journalism tends to change drastically – this is what has happened in  recent years.

Sanjay Tambat, Assistant Professor at Department of Communication and Journalism, Savitribai Phule Pune University however is of the opinion that the loud screaming about the current government’s attempt to curb the press is mere propaganda. “The pressure on journalists is not just political but also corporate. There have been instances of businessmen threatening journalists when reports about their wrong doings get published. Though the press in India is free, who really enjoys the freedom is something to be investigated.”

Speaking on what can be done to make journalism and the press free in a true sense, Mehta adds, “The big media houses and those who own the channels should back their journalists to the end. There should be no criteria other than the truth while running a story. Today, the office of the editor is highly diluted and it is very important to reinstate it. It is very important that media houses are editorially driven and not dictated by the marketing department.  We are in dire need of credible journalism and that can only happen if media houses are independent and there is no agenda to the stories. It’s time to go back to the basics of good journalism – truth, verification, objectivity.”

Sardesai bats for a distinct line of ownership within the media houses. “If our media houses remain beholden to whomever is in power, it will be difficult for us journalists to practice an independent or resistance free journalism,” he says.

Hostility towards journalists across the globe is growing, making it an extremely dangerous profession. As per a 2016 report by the International Federation of Journalists, there have been 2,297 journalists killed since the 1990s. This further highlights the need of Press Freedom Day to raise awareness about the essence of press freedom among its citizens.