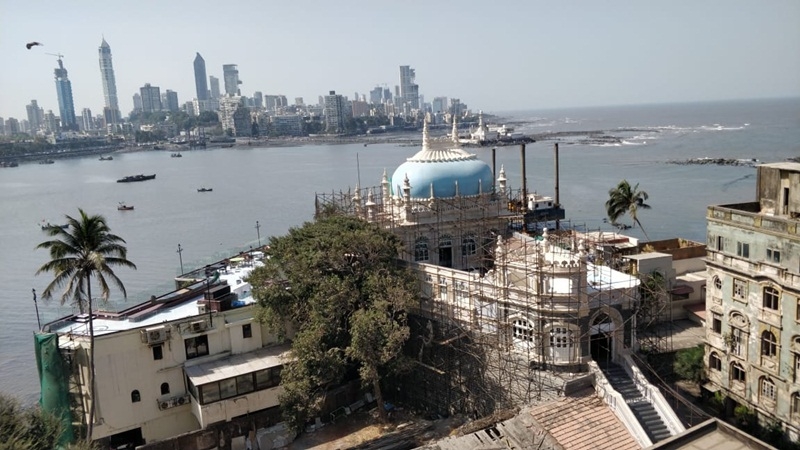 In 1988 when I had enrolled in Master’s in Conservation School of Planning and Architecture New Delhi I was tasked with upgrading the INTACH listing of Mumbai in my summer holidays and it was in this context that I first visited this sacred site. I was completely enamoured by it not knowing that after nearly 30 years I would get the chance to restore it. I have been fortunate to work on many sacred sites like temples and churches but this was the first dargah that I got an opportunity to work upon and it was such a pleasure to see its transformation.

Mumbai city always intrigues me as there are so many hidden jewels in it which are hardly noticed, tucked away and often neglected. It’s only when one gets the chance to restore it to its former glory that you realise how beautiful our city must have been in its earlier days. This site happens be one of those; an architect’s delight due to its scenic and commanding location on a tip of land with a rocky outcrop, with the sea on its west and a picture postcard sunset viewed from the road. 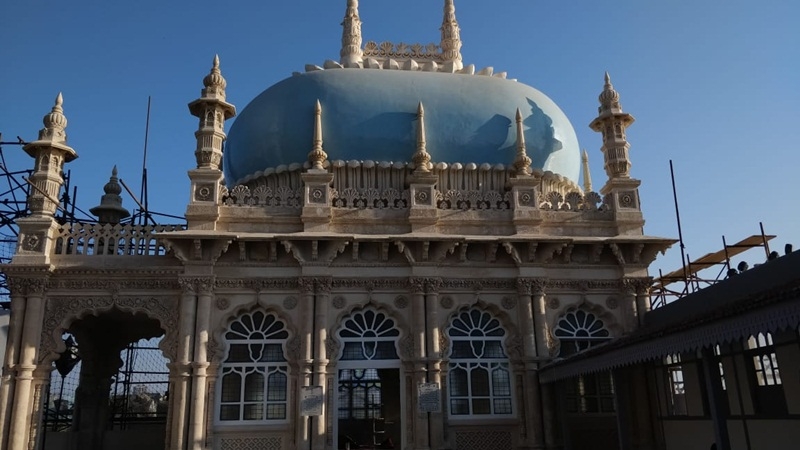 The Dargah is unique, made entirely of porbandar stone with brackets and chajjas, minarets, perforated parapet and multifoil windows all very distinct Saracenic in nature. The façade also has with equal graces western influence of double pilasters, floral cornice band and coats of arms. The highlight of the structure is its lofty unique rectangular shape brick dome, perhaps the only one of its kind in the city. The dome rises fairly high giving a lofty space in the dargah, which is topped by two minarets. The high plinth makes the building stand out majestically overlooking the Haji Ali Dargah in the sea and the Mahalaxmi temple on the South.

It was built in 1908 at the same time when the erstwhile Prince of Wales Museum now CSMVS work was started. The dome’s petals are identical to CSMVS. A plaque in English reads “This mausoleum was built on the grave of Saint – Ma- Hajiani in the year 1908 as a token of devotion and reverence to glorify her pious name and sacred memory by Haji Ismail Hasham, ship owner and pioneer of Indian shipping who died on 20th Sept 1912 and was buried according to his last wishes in the west side grave in this tomb.” 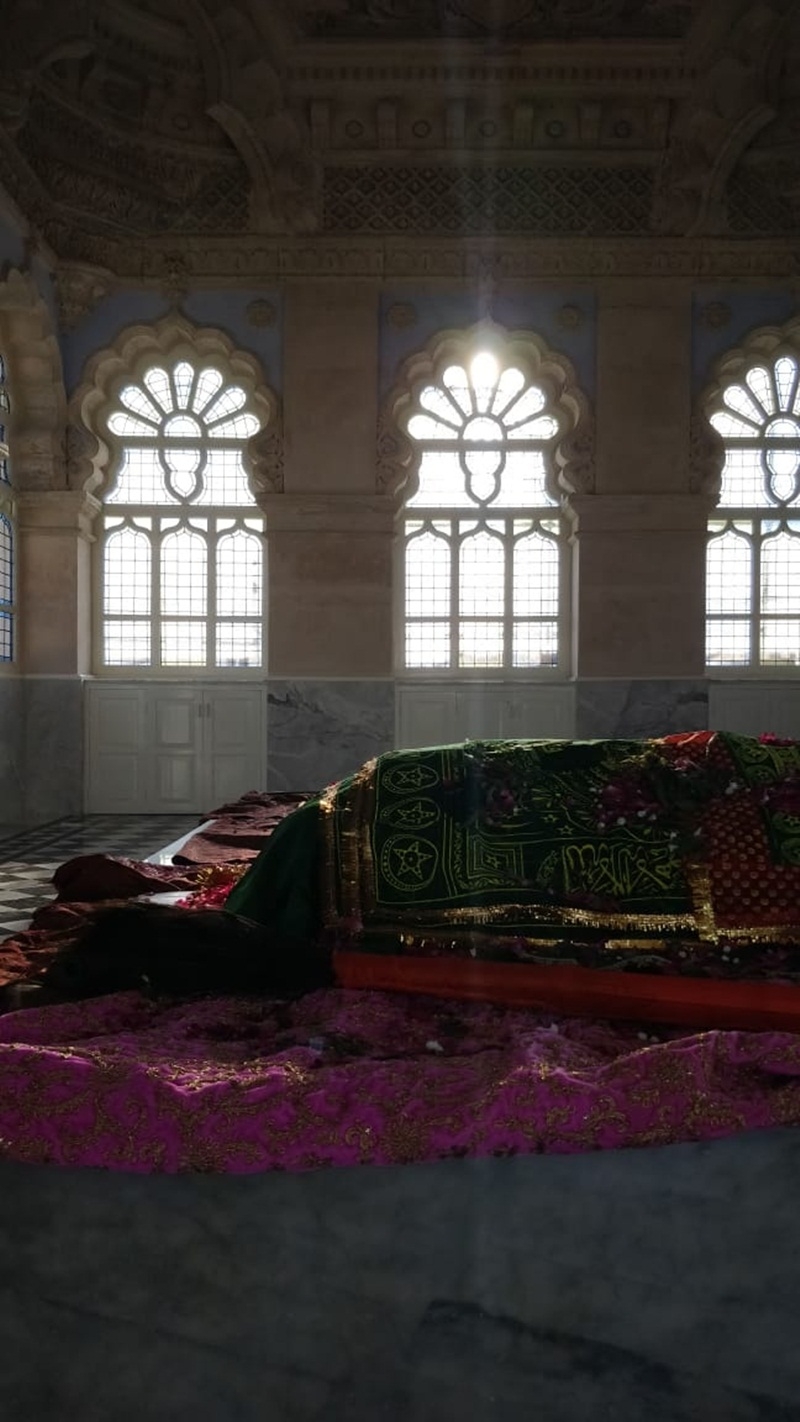 The property, now maintained by Sir Mohamad Yusuf Trust, is in the Indo Saracenic style of architecture.

Restoration work started in October 2017 and was completed for Shab-e-Barat, the night of April 20 this year. As a part of the restoration, the dome was completely re-plastered and re-waterproofed with matching blue colour china mosaic which was added in mid 20th century in its last major repairs. The concrete porch slabs were repaired locally where possible and the slab re-cast sensitively, where the condition was beyond repair. The Mangalore tiled roofs of the verandah were dismantled and refixed on wooden boarding with tar felt. The broken, missing Porbandar stone parapets and railings were reconstructed by traditional stone carvers using similar Porbandar stone. This was the most complex part of the work. The fixed multifoil window frames with embossed colour glasses were badly affected by the monsoon brunt and required repairs and replacement with coloured glass in leaded light which are another highlight of the restoration. The early dawn and setting western sun cast a beautiful play of light in the tranquil sacred space within. 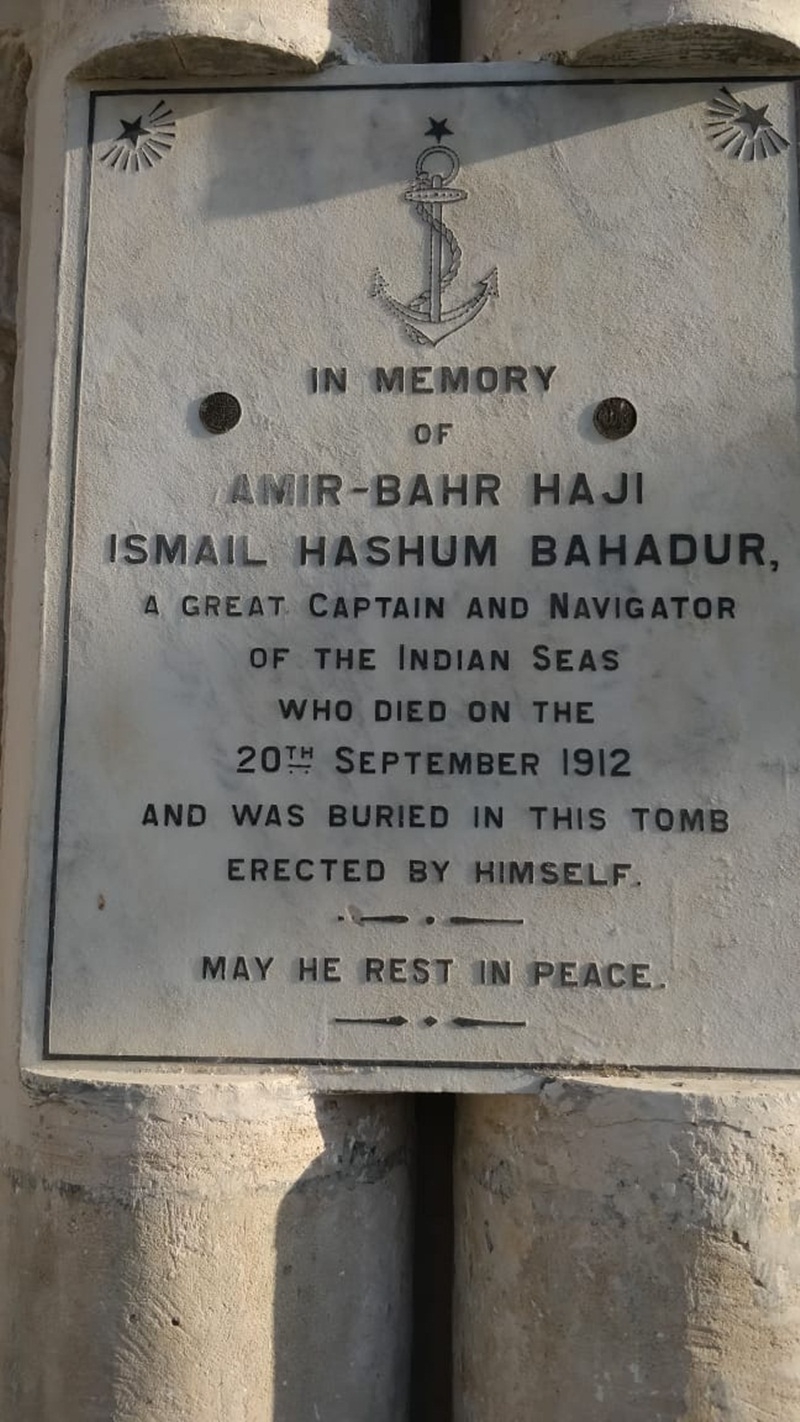 The missing details and cornices were reconstructed and the internal cement plaster was removed and lime plastered internally after erecting a complete working platform at the dome springing point so that the worship was uninterrupted.  One of the major works was painstaking removal of the paint from the soft limestone done with the help of steam machines unlike the present trend of painting or coating the stone that is trendy in the city. The discreet internal LED lighting and the external illumination which, along with the leaded light, creates the right spiritual mood complementing the space.

Working on it was such a pleasure and a memorable event with great team work of all including my team, structural engineer and the contractors (civil, coloured glass and electrical) and the Dargah staff and the support and relatively free hand given by the clients.

There are some projects that give you immense satisfaction and this is one of them.