New Delhi: India’s multifarious folk dances, including those from Tamil Nadu, Arunachal Pradesh and Maharashtra, are all set to enthrall the audience on Republic Day here on Saturday, as their performers make their way from regional community spaces to a national cultural platform like no other.

Sporting elegant pink-golden sarees and elaborately ornamented water pots, a dance group from Madurai will showcase the Karakattam folk form (celebrated in praise of the rain goddess) along the long stretch on Rajpath, while others will elaborate on the Kolattam atop the Tamil Nadu tableau. “The ‘Karakam’, which is Tamil for water pot, needs to be balanced on our heads during our performance. It is a difficult dance form and during the parade, we are constantly moving forward with little steps and changing different formations of the group,” Sneha, a student of the ancient dance form and a first-timer at the parade, told IANS ahead of the R-Day.

The parade would definitely give visibility to the dance form, her co-performer said, adding that it took them six months of practice to perfect the dance for a pan-India viewership.

With Mahatma Gandhi being the central theme of the 22 participating tableaux, Tamil Nadu’s presentation depicts the Father of the Nation switching to a loincloth from his formal Western attire. It shows a seated Gandhi shedding his headgear and formal clothing, the Madurai building where he made his first appearance in the loincloth, and the city’s Meenakshi Amman temple. 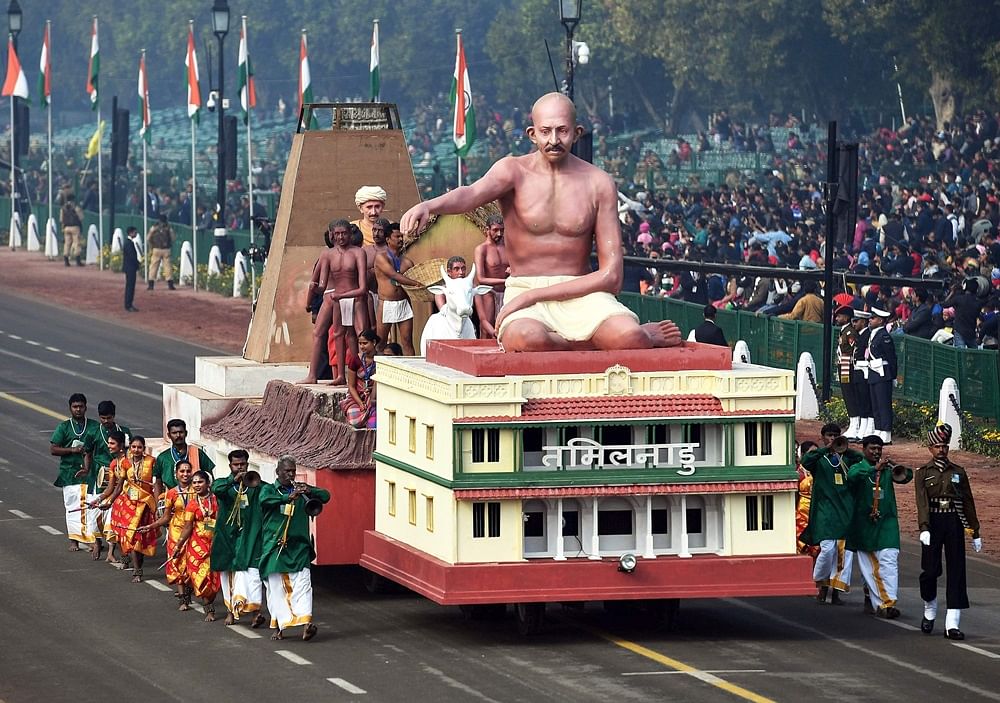 A mixed troupe from Maharashtra will perform the Koli dance — traditionally performed by fisherwomen of the state — and another dance form by men, which is closely related to the exchange of the ‘takla’ vegetable among local tribal groups.
“We are all from different areas, someone is studying, someone does a job, but we’ve all come together for this dance,” Nishad, a performer told IANS. “There are only a handful of people who know the nuances of this dance, and unfortunately not many are keen to learn this form,” he added. 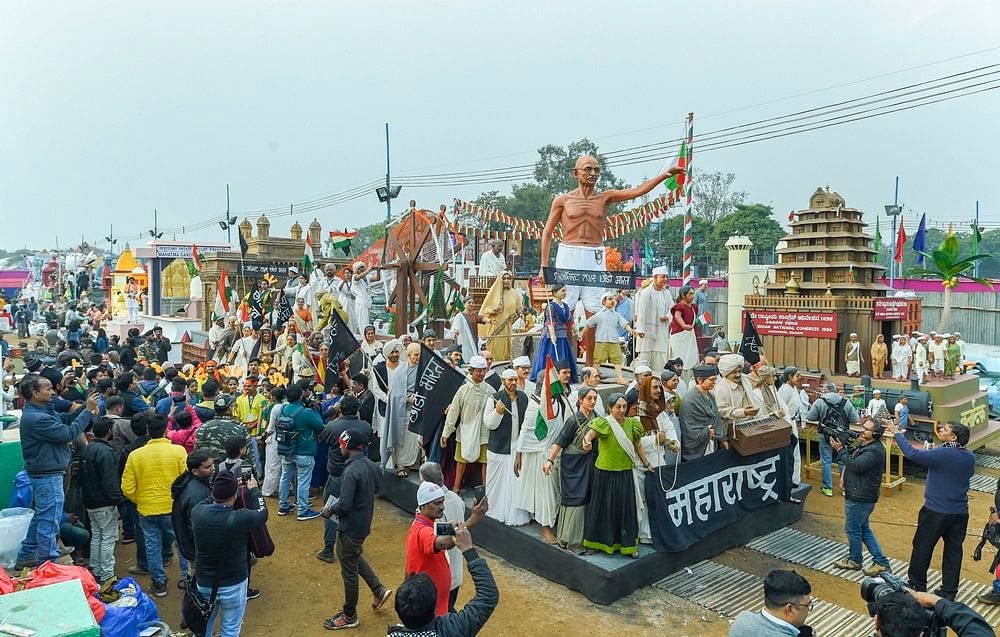 Is a national platform a way to keep such forms alive, generate popular interest and add to what we consider “Indian dance” to be? Nishad answered in the affirmative. Maharashtra’s tableau on the Quit India movement shows Gandhi sculpted in a firm pose, with a facial expression exuding humility. It also showcases a charkha, rotating wheel symbolising courage and sacrifice.

The Arunachal Pradesh tableau is themed “Peace Within” and shows a tribal Monpa child placing flowers at Gandhi’s feet. Other dancers invoke a clean and peaceful village. It also presents masks, carpets and traditional arts, while Buddhist monks chant for peace. The state’s ‘Gungtey’ folk dance form, performed by men and women, celebrates closeness to nature. An artiste from the troupe related it to Gandhi’s message on cleanliness and hygiene and hoped more people will learn about the dance form on Saturday.