Prahlad Kakar Column: The real question of this election is: Whom do we look up to? 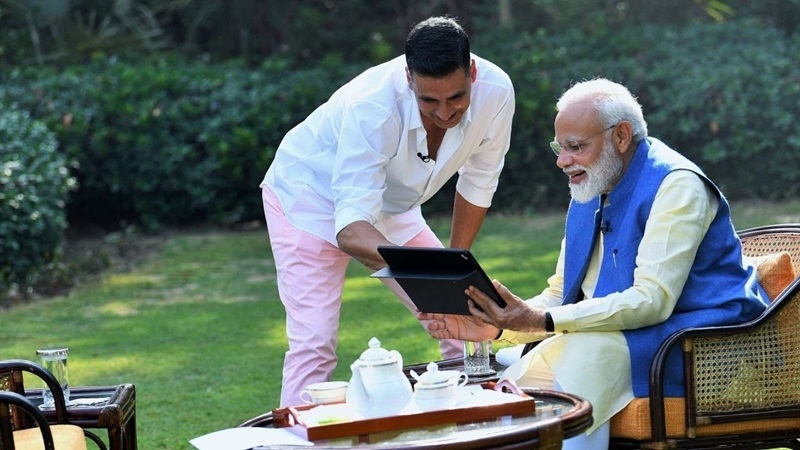 The sorry fact is that in the whole run up to the elections I only see the destruction of any meaningful debate and complete lack of statesmanship from any and all our political classes. The level of discourse has dropped to complete street level. When leaders do come up — and they are supposed to come up from the public — they are supposed to rise to levels of statesmanship in Parliament. Mud-slinging and personalised attacks is not what one expects to see in a general election, where the country is poised on many fault lines, one being vikas, employability and job creation… The cementing of the feeling of a nation in all its diversity (sab ke saath, sab ka vikas).

We have brought Parliament to the level of a street brawl. So where are we going from here, there is nowhere lower to go! Do we need to take a step from this level of discourse or are we going to go forward and polarise whatever little is not polarised so far?

For years, politicians relied on caste to divide the nation especially during elections. Today we have gone one step further and we have polarised the nation between the majority and the minority. The vote bank politics has been so communal in an insidious way all this time because whilst the Congress had been pandering to the minorities thinking they will vote en bloc, the ruling party is trying to polarise the majority to try and get them to vote as a homogeneous group. Hindus in majority are essentially liberal and within that the fundamentalist Hindus are still a minority. They are extremely loud and aggressive, giving the impression that most Hindus support them — which is not true. Most liberal Hindus resent the fact that they have Hindutva stuffed down their throat or they are painted as anti-national.

This is going to reflect very strongly in the way the majority votes in this election. So from intelligent debate we have come down to mudslinging on a personal level. Is that the kind of politician we want in Parliament and the discourse we want for the future of our country? Is this going to give us so-called economic freedom? Or is it going to deflect from the lack of governance and performance?

This is, without doubt, one of the murkiest elections I’ve experienced. I have never heard a diatribe which was so below the belt and so completely unnecessary and that’s because everybody fell into the tit for tat trap and forgot about development, governance, alleviating poverty and all the dreams that we started out with. Suddenly all the gloves are off and everybody is now showing their true basic colours. The Congress, the Dalits, the Muslims and the BJP… and it’s a very ugly picture! In times of great strife, the best also comes out with the worst, but I don’t see that happening at all, not even from the Leftists who are normally trying to claim the moral high ground!

Though I’m a great Modi supporter, I don’t like what is happening. To a very large extent, he is also a pawn in the larger game. In this whole discourse, is there going to be an emergence of a majority voice of the people of India who will turn around and say: Enough! Hopefully yes, because these elections might throw up a huge surprise.

The real question of this election is: whom do we look up to? The fallout of this entire mess is that public opinion has stopped looking up to authority for leadership. This shows in the lack of fear of the police and the rule of law where the general public is doing what they want with impunity. The discourse has finally boiled down to who is the liar, where if you repeat a lie enough times you think, as a politician, that it will miraculously become the truth. All it does is create a lack of credibility between the public and those who hold office.

The only saving grace of all the cacophony of mud-slinging, finger-pointing and disinformation, is the conversation between Narendra Modi and actor Akshay Kumar, now going viral. Here we realise that even political demagogues are actually normal people, and also have a sense of humour and a capacity to laugh at themselves (surprise, surprise), and they also have the capacity to talk normally about dreams, responsibilities and hopes without political claptrap.

I recommend all politicians and so-called leaders open themselves to their voting public as normal human beings, with a capacity to laugh at life and themselves, and to look at failure and success as the same fraud because nothing in life is permanent.

(A dreamer, a doer, this adman, who wears many hats, remains mad about life)