Can Sanskrit be actually learnt in 10 days? 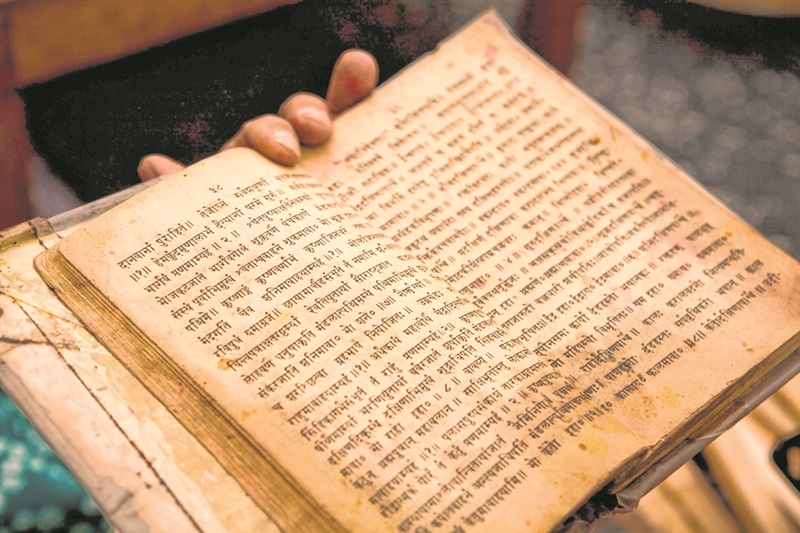 Can the mother of most Indian languages, the vocabulary in which millions communicate with the divine, be actually learned in 10 days? MUNMUN GHOSH explores.

Namaskar. Can the mother of most Indian languages, the vocabulary in which millions communicate with the divine, be actually learned in 10 days — enough to communicate with other fellow beings in day-to-day life? Samskrita Bharati, a social service organisation of voluntary Sanskrit teachers, spread across India and 18 countries in the world, claims it can.

Even as the summer heat threatens to lull Mumbaikars, young, aged and school children, bang in the middle of their vacations, are testing out this claim by attending Samskrita Sambhasham Shibirams (Sanskrit speaking camps), being held currently in different venues in Mumbai — free of charge. While Sanskrit is taught in many an institution like Bharatiya Vidya Bhavan, the ‘speak-in-10 days’ promise of Samskrita Bharati sets it apart.

Says MBA student Rishabh Gupta, “Sanskrit is a part of our culture, so I have always been interested in learning it. However, I was sceptical about the quality of this shibiram, as it is free. But I am enjoying it thoroughly. What is best is that we don’t have to write or carry books. Everything is taught through visuals and actual actions. I feel I have learnt a lot already in two days. Now when I see objects, I immediately think of their Sanskrit names.” 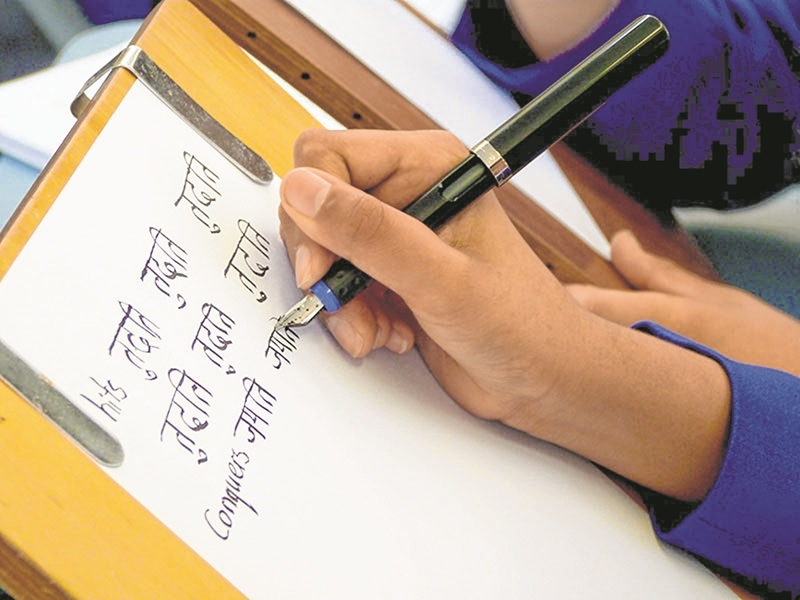 The strength of these shibirams is the secular methodology of teaching employed; it was developed by a small group of people in Bangalore in 1981. Explains Arun Hariharan, a knowledge management professional and a Mumbai-based teacher of Samskrita Bharati, “Even many degree holders in Sanskrit cannot speak the language and any language is primarily meant to be spoken. So this method which is somewhat similar to the play way method used in kindergarten education was conceived. We show a pic of a mango and say ‘aamra phalam.’

Only the Sanskrit name appears below the pic. To teach verbs like walking, drinking, eating, we demonstrate. Like point at someone going and say ‘gachchati’ (Sanskrit word for ‘going’). We don’t use any other language as a medium to teach, as then that language becomes a crutch. We ask our audiences of typically 30-40 people, to frame simple sentences from third day of the shibiram (For instance, Eshah mama mitra — This is my friend); people learn a lot from the rest of the group through interactions. Slowly, we guide them to make paragraphs like asking them to speak briefly about themselves. We also stage small skits and enact, maybe a doctor-patient interaction, and even introduce fun elements by sometimes translating film dialogues. Like the famous Gabbar query, “Kitney aadmi they?” (Kati purushaaha aasan?)”.

The idea is to dispel people’s fear of Sanskrit – most consider it a tough language to comprehend. “Once they do this course, then they are generally keen to learn more. We hold free weekly practice class for those who attend the 10-day session. Many Sanskrit PhD holders also attend our shibirams to learn spoken Sanskrit,” observes Hariharan.

From the enthusiastic attendance at these workshops — the recent one at Ramakrishna Mission had a record turnout of over 150 students comprising perky school students and sedate elderly alike — it is evident that alacrity in learning the language of the Vedas runs high among the general populace. Affirms Sumit Shah, Samskrita Bharati’s coordinator for the Mumbai region (by profession, director of a construction chemicals manufacturing company), “If I speak in Sanskrit even in an auto-rickshaw, the driver becomes interested, it triggers some memory. Knowledge of Sanskrit helps one to understand the Gita, shlokas, and appreciate Indian arts and culture.”

As Hariharan puts it succinctly, “To drink tea, you need a cup. You drink tea from a cup. Indian culture or samskriti is like the tea and Sanskrit, the cup which holds it. Our culture can be truly understood only if one has some knowledge of Sanskrit. A study of the language goes a long way in safeguarding culture.”

Besides, Sanskrit holds the key to a vast treasure house of knowledge. A fact that young Rishabh is only too aware of. “There are many valuable texts on various subjects like economics, architecture, chemistry, mathematics and medicine in Sanskrit which are inaccessible to someone like me educated in English medium. If I learn Sanskrit, I can at least hope to read these someday.” Hariharan supports this stand by pointing out how universities in countries like Germany and UK have departments in Sanskrit, as they appreciate the value of ancient Sanskrit texts, rich in wisdom. “As Indians, we need to study Sanskrit and avail fully of what it offers.”

Anushree Kshirsagar, who has been studying Sanskrit for past five years from an organisation named Dnyan Prabha, affiliated with Tilak Vidyapeeth, Pune, highlights another important aspect of the language. “It clears your tongue since pronunciations are difficult. Speech therapists recommend reciting Sanskrit shlokas for clearing your speech.”

Anushree, who is currently doing her first year Visharad course in Sanskrit, admits to not being able to converse in the language, but clarifies that is not her aim either. “I am primarily learning the language to be able to understand shlokas and also to read our ancient texts like Panchatantra and Mahabharata, being a literature lover.”

The real success of Samskrita Bharati is that its unique standardised 10-day syllabus comprising lessons in everyday conversation, has been able to grab the interest of youth like Rishabh who are engaging in the shibirams gladly. And not just as students. Hariharan’s teenage daughter, Lakshmi Hariharan, currently a First Year BA student, underwent Samskrita Bharati’s teacher’s training course along with her father, and now confidently takes classes on her own at these shibirams, passionate about the language. Says Lakshmi, “Sanskrit is a highly scientific language and has helped me to approach other areas of my life also in a scientific manner. Mahyam Samskrita paathanam rochate (I like teaching Sanskrit).” And so, the ancient language glows still, softly. Dhanyavadah.