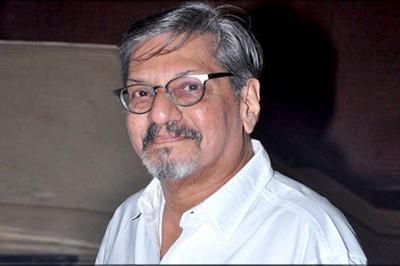 Amol Palekar tells why why Chaitanya Tamhane’s Court was selected his jury as India’s official entry to the Oscars.

It looks like your jury member Rahul Rawail is not happy with you?
(Laughs) Every year there are such controversies in the process of selection and in the selection of the final film. Having said this, I feel we should all be happy with the selection. I sincerely feel on behalf of the entire jury that finally we’re sending a film that may make a dent and crack the ceiling of the Oscars.

Sir, your decision to send Court to the Oscars has been well-received by the industry. What made you choose Court above the others?
Let me begin by saying it was a daunting task to select one film from India where film production is so prolific. We have outright commercial cinema on one hand and non-commercial cinema in both Hindi and regional languages on the other hand. There was also a geographical segregation to be dealt with.

What do you mean?
Regional cinema always feels overshadowed by the onslaught of commercial cinema. And if there is a very wide gap among the jury members regarding their sensibilities and aesthetics, it becomes all that more difficult to come to a consensus.

Your jury member Rahul Rawail is not happy with you. He has called you obnoxious and manipulative?
You know me well enough. I choose not to respond to this kind of allegations. It is unfortunate that he has spoken like this. As the chairman of the jury I cannot respond to such individual disgruntled voices which share ties with hardcore Bollywood cinema. I leave it at that.

Do you think jury members should express their grievances publicly?
I’d also like to mention that all the jury members had given an undertaking to the film federation to maintain secrecy and confidentiality about the process of selection. I’d like to retain my grace under any circumstance. I wouldn’t breach it for anything.

Was it difficult to choose Court from among all the contenders?
I feel very happy and proud as an Indian and a film practitioner that we had such a tough time selecting one film. We had more than one contender. We deliberated, dissected and discussed every possible viewpoint before we chose the final film. We are blessed to have such a variety of films.

Credit for choosing Court goes to you and your jury?
To Chaitanya Tamhane for making such a film. We’ve done the selection. Now the film has to go out there and try its luck.

You really feel Court can get us the Oscar?
I sincerely feel and hope it does. And I am making this statement on behalf of the entire jury. We feel this one may bring us that so far elusive Oscar.

But Court doesn’t have the resources to lobby in LA?
I’m in no position to comment on that. It’s up to them how they take it further.