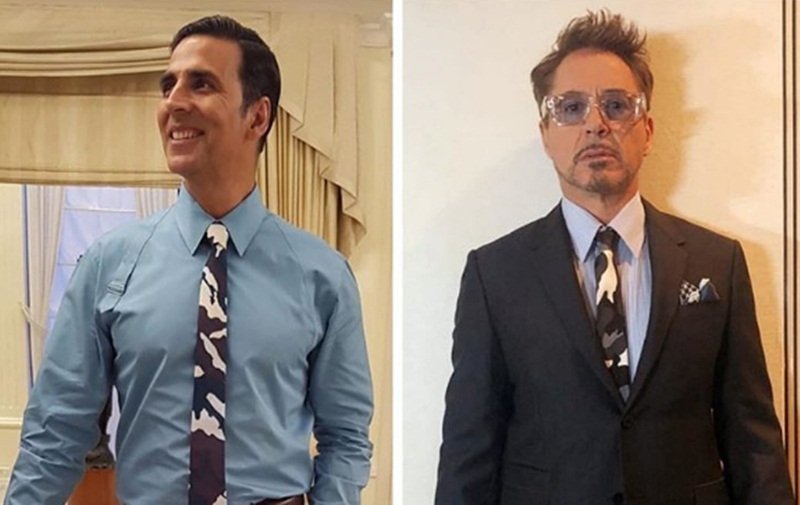 Mumbai: Amidst the “Avengers: Endgame” fever, actor Akshay Kumar unleashed his fan moment by donning a similar tie worn by Hollywood star Robert Downey Jr, who is popular for his role as Iron Man in the superhero franchise. A day after attending the screening of Marvel Cinematic Universe’s latest film, Akshay made a collage of the two actors wearing the Givenchy tie and posted on Instagram on Saturday.

Akshay captioned it: “Who wore it (tie) better?” He also praised “Avengers: Endgame” by saying: “Endgame is out of this world.”

When #IronMan Wears the same Tie as you!! #WhoWoreItBetter Ps: #EndGame is out of this World 🤩 #Givenchy Tie @robertdowneyjr