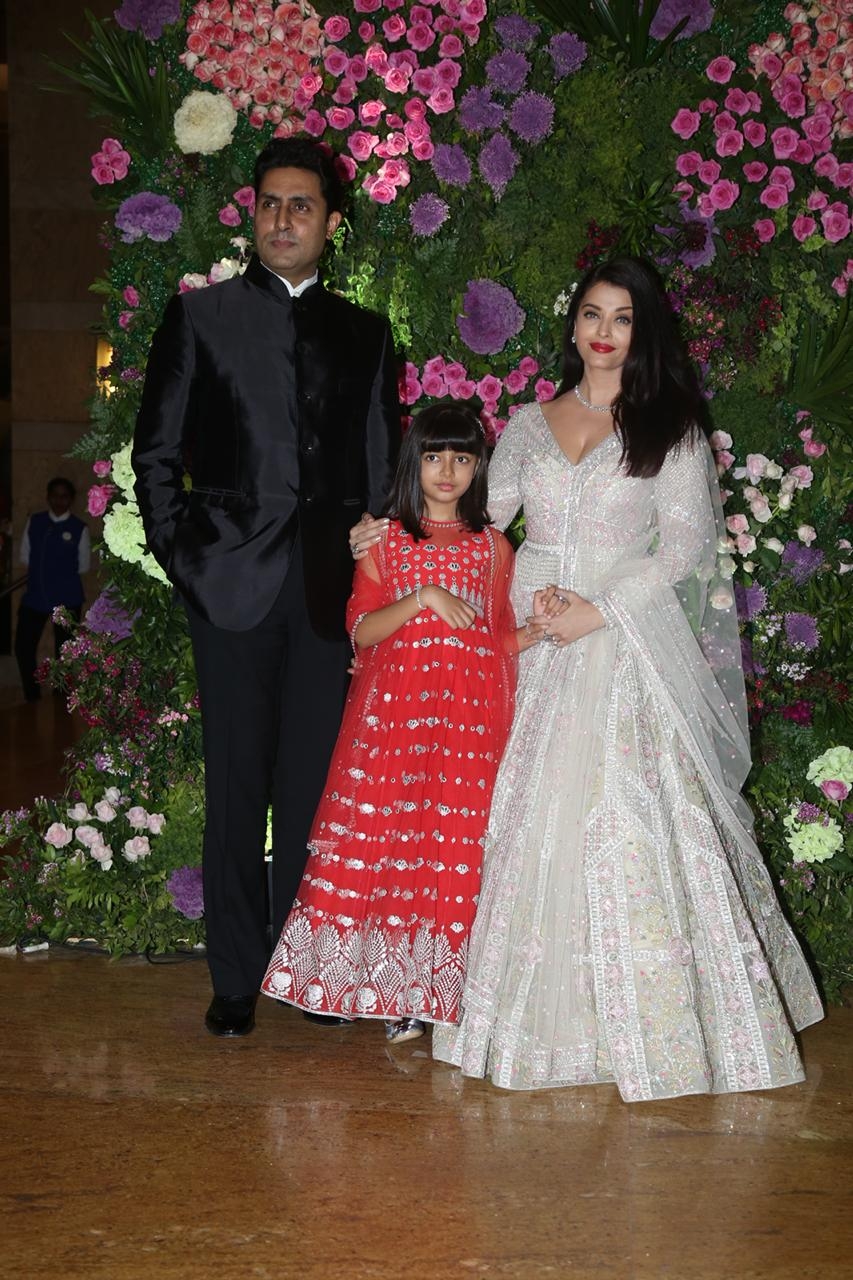 Abhishek, Aaradhya, and Aishwarya at the wedding. |

Bollywood’s power couple Aishwarya Rai-Bachchan and Abhishek Bachchan, who have shown their dance moves on and off the screen for years, were joined by daughter Aaradhya when the two decided to shake their legs at a family wedding. The three were attending the wedding of Aishwarya's cousin.

Pictures of the trio surfaced online on Monday where they were shared by several fan accounts on Instagram. 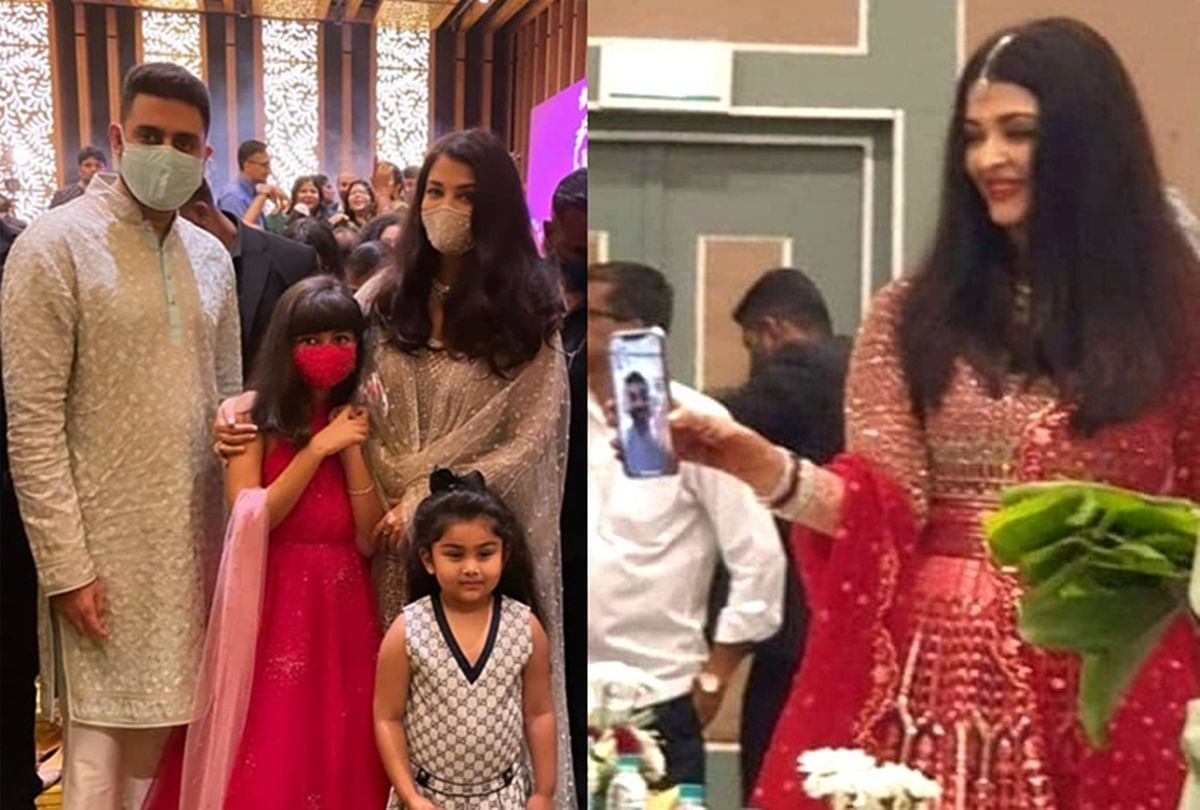 Now a video has also emerged from the function, where Aaradhya is seen grooving to a catchy dance number with her parents. The popular track “Desi Girl” is from Abhishek's 2008 hit film Dostana, which also starred Priyanka Chopra and John Abraham.

While Ash opted for an all-red traditional outfit, Aaradhya sported a blush pink ensemble. Abhishek kept it simple in a white kurta. The mother-daughter duo even wore matching jewellery.

In another set of pictures, the former Miss World and her daughter wore silver and fuschia outfits respectively.

Aishwarya made her Bollywood debut with Aur Pyaar Ho Gaya in 1997, and has since been entertaining audiences with her performances. Hum Dil De Chuke Sanam, Taal, Devdas, and Jodhaa Akbar are some of her memorable movies. She was last seen in the 2018 film Fanney Khan with Anil Kapoor and Rajkummar Rao.

Meanwhile, Abhishek was last seen in Anurag Basu's Ludo. His forthcoming film projects include The Big Bull and Bob Biswas. The Big Bull, directed by Kookie Gulati, is reportedly based on India's securities scam of 1992.