Wanted to do something in English: Jacqueline Fernandez 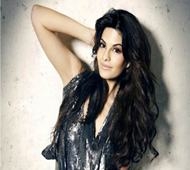 New Delhi: For the first time, Jacqueline Fernandez is trying her luck in a British film and the actress says the genre of the movie prompted her to take up the project. “Definition of Fear”, a psychological thriller, stars Jacqueline in the lead role besides Mercedes Papalia, Katherine Barrell and Blythe Hubbard.

“I have done two films outside Bollywood — Sri Lankan and British independent film.

The Sri Lankan beauty plays the character of a psychological student and for the role he had to work on her accent.

“The weirdest part was that I had to cut down on my American and British accent. I was told everytime that I need to change my accent. I have learnt the American accent by watching Hollywood film.”

However, Jacqueline feels it’s a good change that actors are not restricted to Bollywood and trying out films in other languages be it regional and international.

“I think we have opened up. Bollywood has globalised. Actors are not limited anymore. Like Akshay, Riteish and others, all of us are doing bunch of other things. It was an amazing experience,” she said.