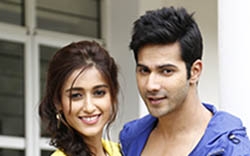 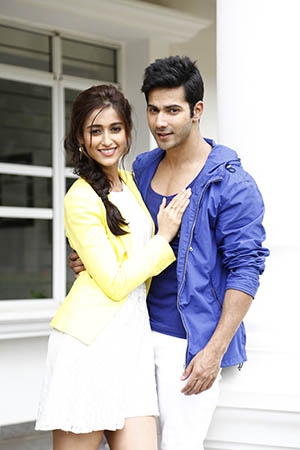 Varun Dhawan and Ileana D’Cruz would be seen in David Dhawan’s upcoming film, ‘Main Tera Hero’ with Nargis Fakhri and the duo is very excited about the music of the film. Both of them were glad when the songs ‘Palat…’ and ‘Besharmi ki height…’ became popular.

“Songs are such an important part of the film. I am very happy and surprised that ‘Palat…’ became a big hit,” beamed Ileana, whose favourite song it doesn’t happen to be. Varun, on the other hand,who loves ‘Palat…’, shared, “Ileana and I often discuss which is our favourite song. Yesterday we were at a radio station and they told us that ‘Palat…’ was an instant hit, but ‘Besharmi ki height…’ is slowly rising, people are requesting for that song. It is Ileana`s favourite song.”

The film, ‘Main Tera Hero’ is all set to hit theatres soon and this is the first time that Daddy David and son Varun would be working together.