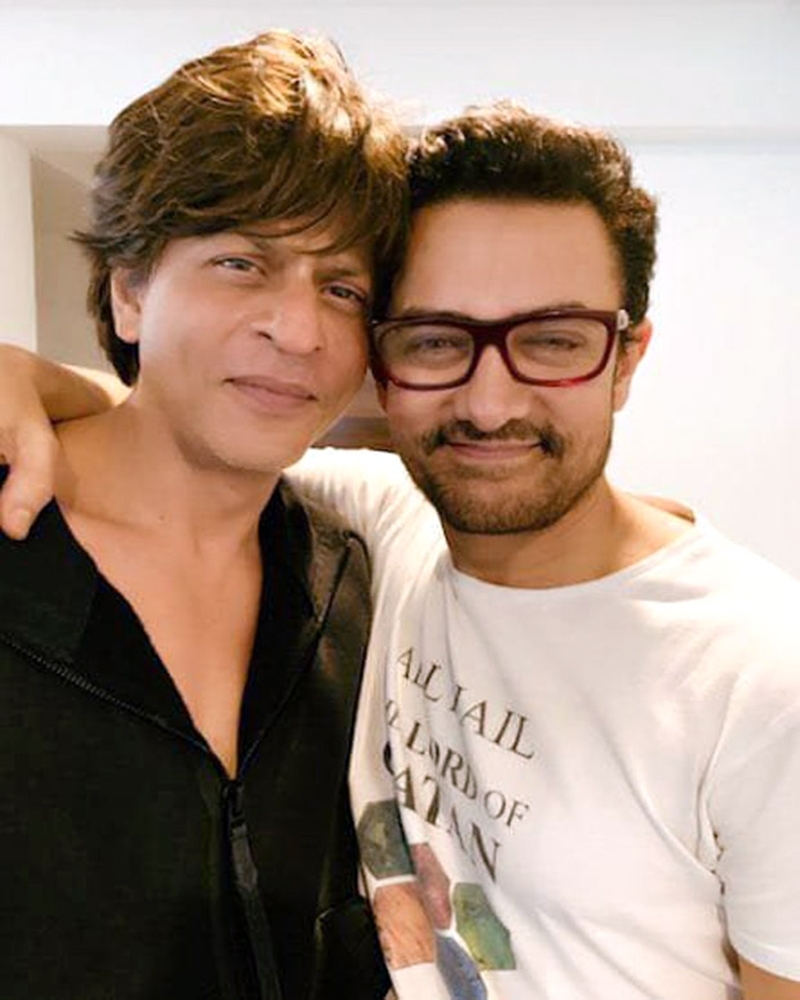 Shah Rukh Khan is gearing up for one of the highly anticipated films of the year, Zero. The film, starring Anushka Sharma and Katrina Kaif, is helmed by Aanand L Rai. The actor is set to star as Bauua Singh, a dwarf in the film. While the trailer will be unveiled in a grand way on his birthday on November 2, a few of the members from the film and media fraternity were shown the trailer prior to the official release and they are mesmerized by it. Aamir Khan is one of the few people who watched the Zero trailer and praised SRK.

Aamir Khan took to Twitter to praise Aanand L Rai and Shah Rukh Khan after watching the trailer and said that SRK had outdone himself. “Guys, I just saw the trailer of Zero. Just one word… OUTSTANDING!!! Congratulations @aanandlrai ! #Katrina is fantastic! @AnushkaSharma is unbelievable! @iamsrk, you have outdone yourself! Can’t wait to to watch the film! Love. a.”

SRK too shared a picture from their meet and received a warm hug from the Thugs Of Hindostan actor. Striking a lovely pose for the camera, SRK captioned the image, “Hug from the Thug….!! Beat that!”

Zero is a story that celebrates life, the first look of the film featured Shah Rukh Khan as the adorable vertically challenged man piquing the interests of the audience to witness the unusual tale. It is set to release on December 21, 2018.

Meanwhile, Aamir Khan is also gearing up for the big release of his upcoming film Thugs Of Hindostan on November 8, 2018.