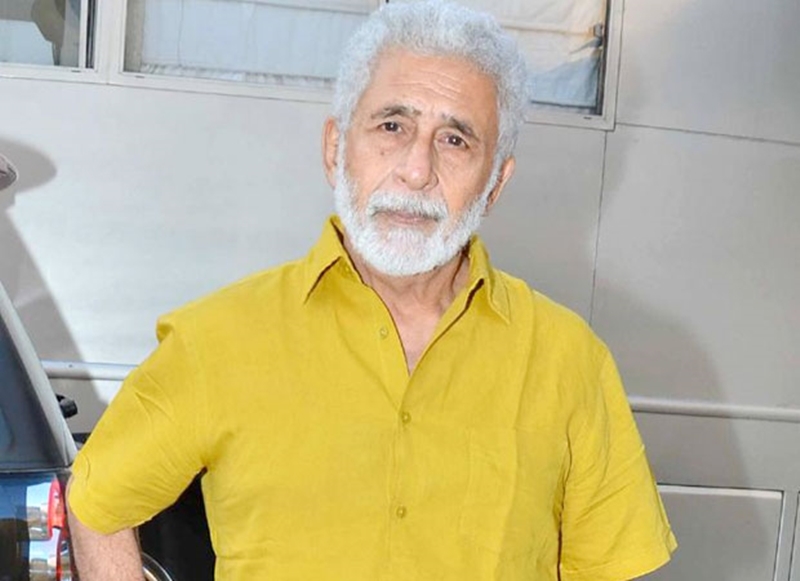 Veteran actor Naseeruddin Shah has again expressed his grief over the prevailing situation in the country, and is worried about his children in ‘today’s India’. The actor is worried about a situation where his children may be surrounded by an angry mob and asked: “Are you Hindu or Muslim?”. The actor adds that he has made his kids recite a few verses from the Quran Sharif only to improve their articulation.

“We taught them about good and bad, what our beliefs are. I did make them learn a few verses from the Quran Sharif, as I believe reciting them improves one’s articulation. Just like one’s articulation improves reading from the Ramayana or Mahabharata from its original…” Shah added.

Shah also feels that he doesn’t see the situation improving in near future and this makes him angry. He insists everyone should be angry and not scared. ” The poison has already spread in society. There is complete impunity for those who take the law into their own hands,” he says. Shah was speaking over cow vigilantism and an increasing number of deaths due to lynching. The 2 minute 10 seconds clip ends with Shah saying, ”This is our home, who dares evict us?”

“It will be very difficult to capture this djinn back into the bottle again. There is complete impunity for those who take law into their own hands. In many areas we are witnessing that the death of a cow is more significance than that of a police officer,” he added.

On December 3, a mob, including right-wing activists, attacked a police station over alleged cow slaughter in the areas. The incident led to the deaths of Inspector Subodh Kumar Singh and another man.

Earlier, in a Facebook post, Shah spoke on Virat Kohli’s behaviour and took a jibe at him by saying he has no intention of moving out of the country. ‘Virat K is not only the worlds best batsman but also the worlds worst behaved player. His cricketing brilliance pales beside his arrogance and bad manners.. And I have no intention of leaving the country by the way,” the post reads. Inputs from PTI