‘Thackeray’ song! Aaya Re Thackeray is a perfect ode to the late politician 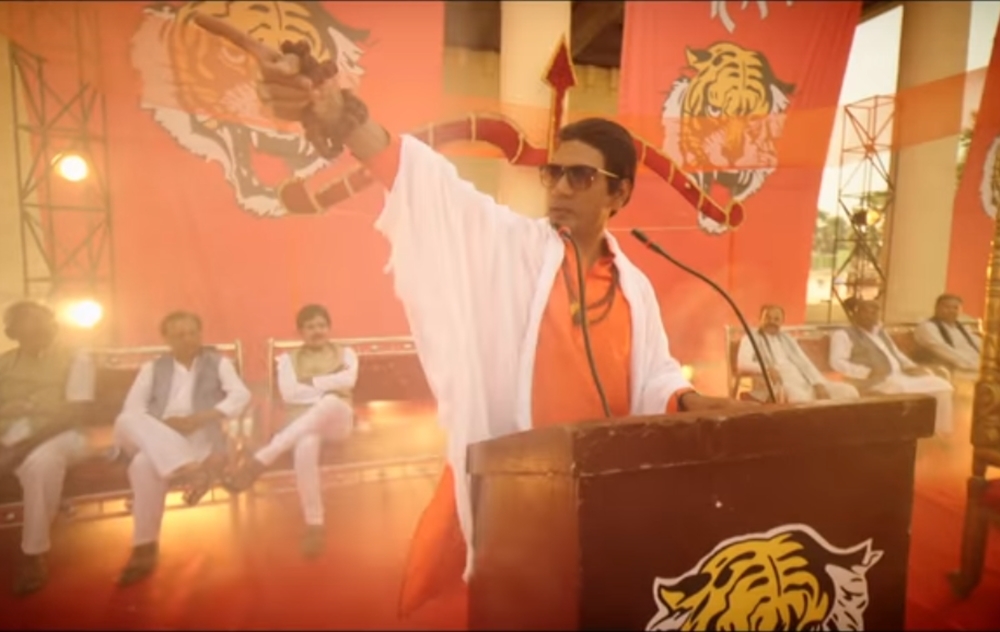 Aaya Re Thackeray, the first song from the film Thackeray starring Nawazuddin Siddiqui and Amrita Rao is out and all we can say is it’s a perfect tribute to the late Bal Thackeray. The hard hitting lyrics by Dr. Sunil Jogi and foot tapping music by Rohan, has made the song an impactful one. On top of that Naksh Azizi, who is majorly known for singing romantic tracks, has done full justice with this rustic song. Check out the video below

Thackeray is an upcoming bilingual biographical film directed by Abhijit Panse which has been made simultaneously in Marathi and Hindi. Following the life of Bal Thackeray, the founder of the Indian political party Shiv Sena, the film stars Nawazuddin Siddiqui as the eponymous person and Amrita Rao as his wife. The film is scheduled for release on 25 January 2019, the 93rd birth anniversary of Bal Thackeray.

Talking about the trailer, while it has generally received positive reviews, there are also sections of people who have slammed the makers of the film for showing Nawazuddin, who is playing Thackeray, mouthing certain dialogues which are against a section of community. It would be interesting to see how director Abhijit will portray Thackeray’s story on screen as the politician, along with being the most loved, was also the most controversial political figure of his time.