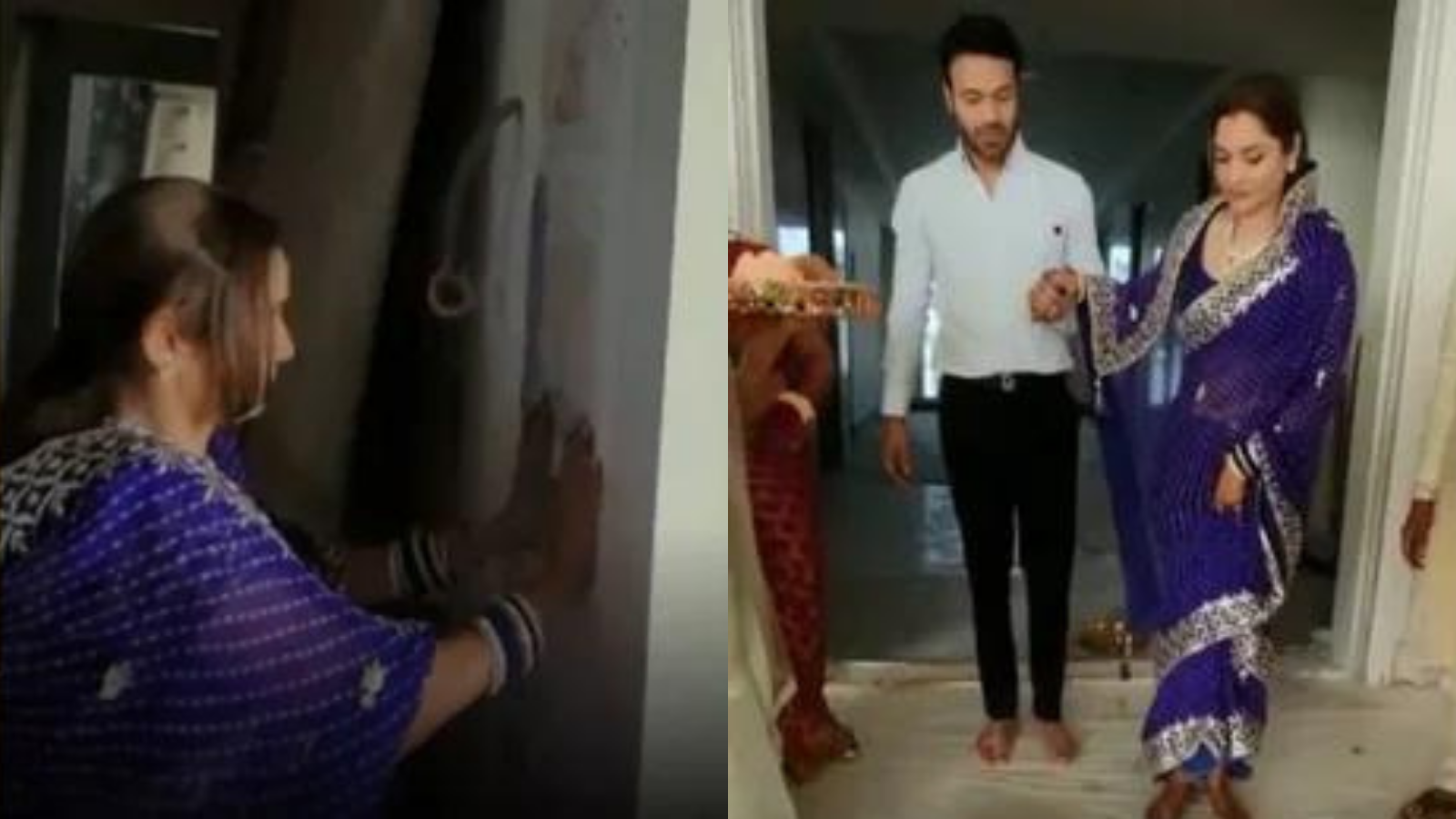 Television actress Ankita Lokhande tied the knot with her long-time boyfriend Vicky Jain on December 14, 2021. She has actively been sharing posts from her wedding festivities.

She has also been treating her fans with pictures from her post-marital life. Recently, Ankita Lokhande shared a video of her ‘Grah Pravesh’ ceremony where she is seen performing different rituals.

For the ceremony, Ankita picked a blue and silver saree. She captioned the video: "New beginning's with Mr Jain." She added the hashtags #anvikikahani and #grihapravesh to her post.

The couple reportedly dated for three years before taking their wedding vows. Ankita and Vicky got married at a plush five-star hotel in Mumbai and the bride wore a beautiful golden Manish Malhotra lehenga for her big day.

Ankita is currently working in the second season of 'Pavitra Rishta', which ran between 2009 and 2014. Ankita reprises her role as Archana in the new show, Shaheer Sheikh steps into the shoes of late actor Sushant Singh Rajput, who played the role of Manav.