Video: Eijaz Khan lifts Pavitra Punia in his arms and kisses her in public; trolls call it, 'Unnecessary PDA' 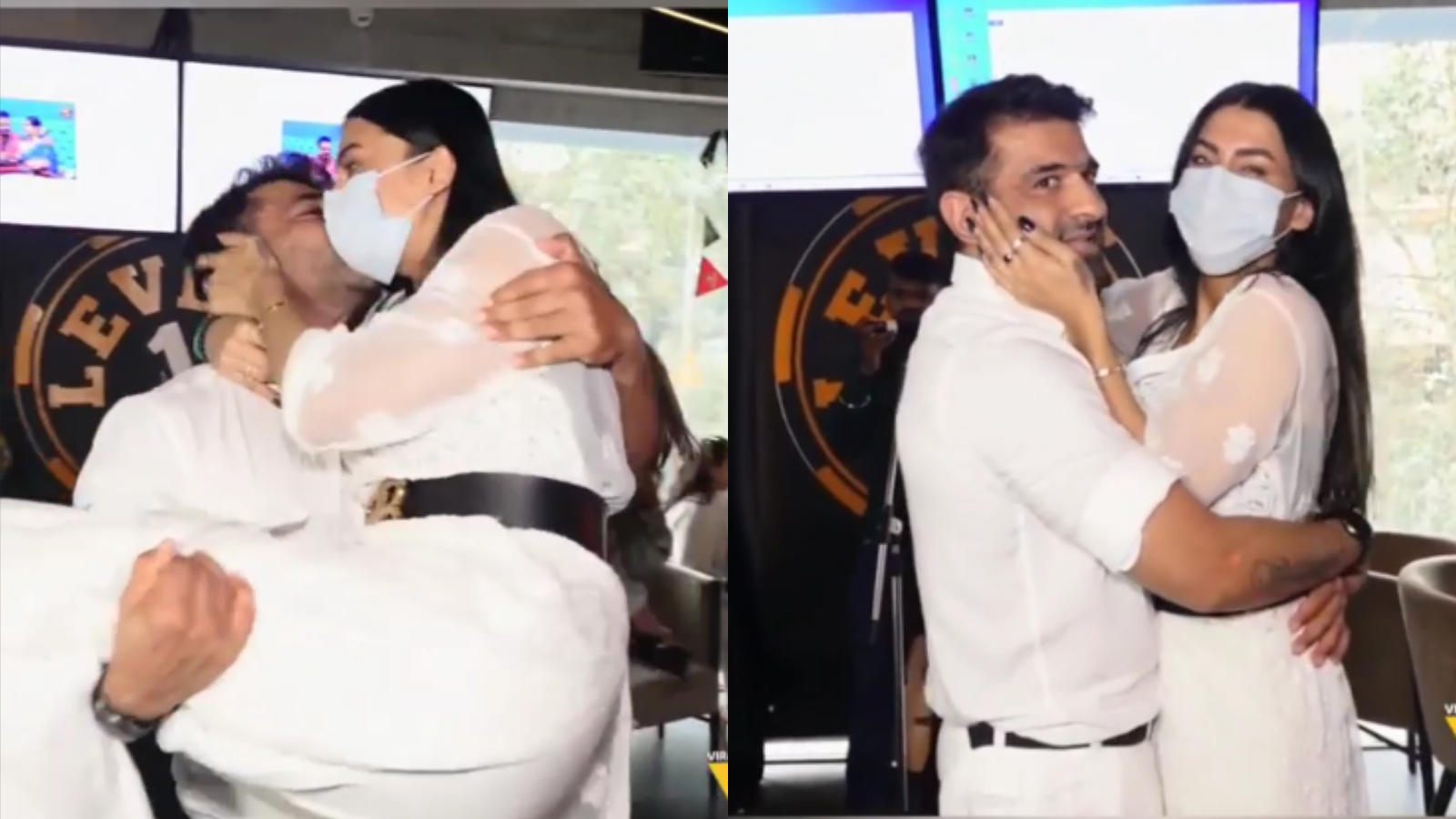 Recently, they attended designer friend Rohit Verma's birthday bash and once again the couple grabbed everyone’s attention with their PDA.

According to a video shared by a paparazzo, Eijaz can be seen lifting his ladylove in his arms. He then kisses her.

The couple then dances on 'Suraj Dooba Hai Yaaron' while looking at each other. At one point Eijaz insists Pavitra to take off her mask but she refuses to do so. The couple continues looking into each other's eyes.

Check out their video here:

However, their PDA did not sit well with many. While some called it 'drama' and 'publicity stunt', several others said that they were 'overacting'.

"Gosh why always so extra in front of the paps," wrote another user.

Another user commented, "Please Book A Room for these two... I will pay for it."

While a user wrote, "Unnecessary PDA," another commented, "I am sick and tired of this overacting." 'We often talk about naming our kids': Eijaz Khan spills the beans on his wedding plans with Pavitra...

Eijaz and Pavitra bonded during their stay inside the 'Bigg Boss 14' house. However, it was only when Pavitra had got eliminated that Eijaz realised his feelings for her. When in a special episode, Pavitra returned to support him, they both expressed their feelings for each other and maintained that they were getting into a serious relationship and that it was not for the TRPs.

Eijaz had also stated that their relationship is the same as it was in the 'Bigg Boss' house. He said they have arguments, but in the end, they look in the same direction. The actor added that they are in a happy space, and are having an amazing journey together.