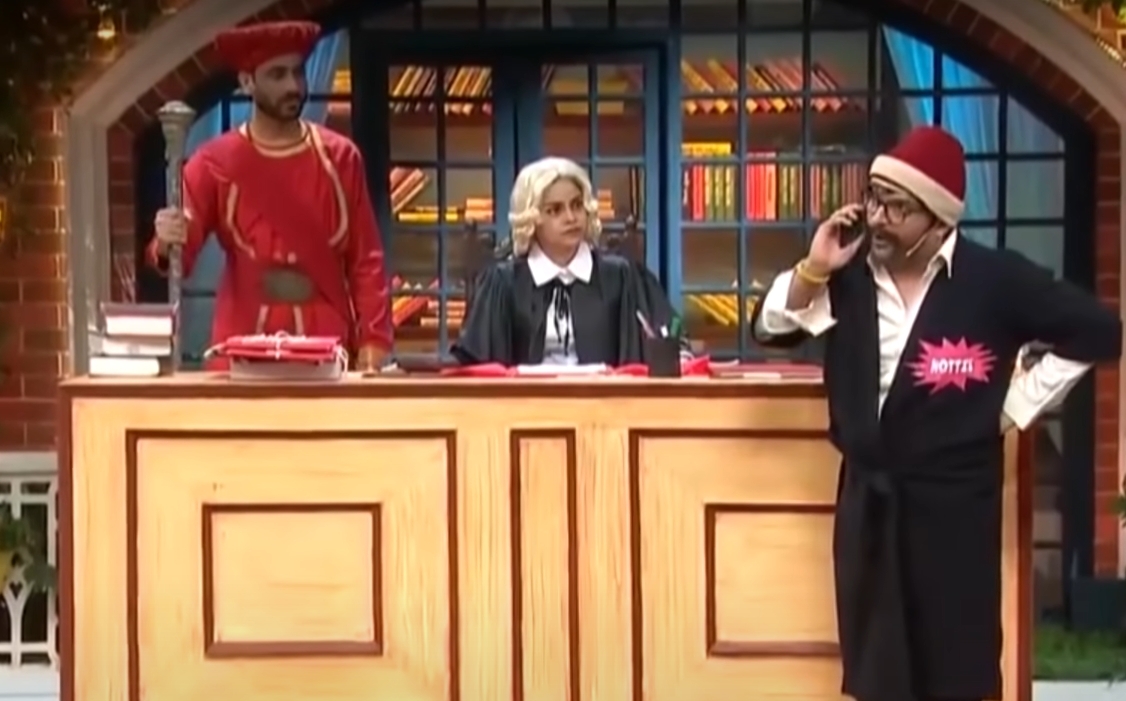 An FIR has been filed against the makers of actor-comedian Kapil Sharma's comedy show, 'The Kapil Sharma Show', in Madhya Pradesh's Shivpuri.

The complaint was filed against the show's makers over an episode which showed the comedians consuming alcohol while performing a courtroom skit, reported India Today. In the FIR, which was filed by a lawyer, the team has been accused of 'disrespecting the court'.

The lawyer told the outlet that the Sony TV show is 'sloppy' and the actors are often seen making 'lewd comments' on women. He said that the actors drinking on the stage while performing a courtroom scene is 'contempt of court.' The complainant has demanded registration of an FIR against 'The Kapil Sharma Show' under Section 356/3.

"Such display of sloppiness should be stopped," he said.

As per the report, the case will be heard in a court on October 1.