Champakk Lal’s torturous journey to get back to Gokuldham Society seems to be coming to an end in the latest episode of ‘Taarak Mehta Ka Ooltah Chashmah' (TMKOC).
FPJ Web Desk 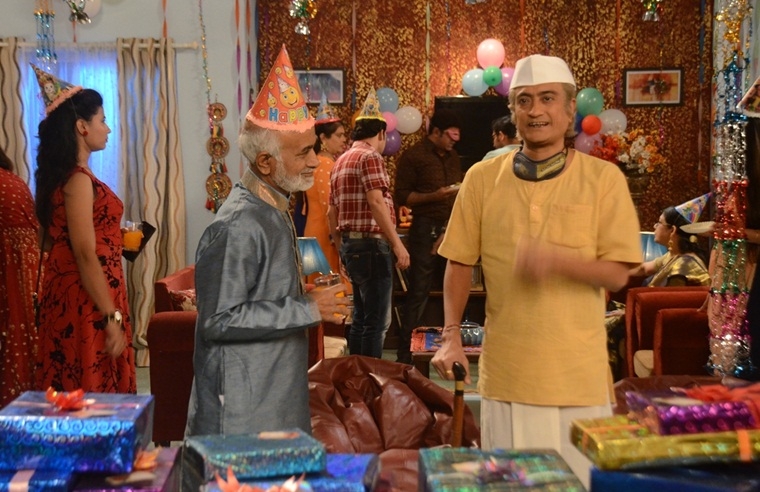 Champakk Lal’s torturous journey to get back to Gokuldham Society seems to be coming to an end in the latest episode of Neela Film Productions Private Limited’s ‘Taarak Mehta Ka Ooltah Chashmah' (TMKOC).

Champakk Lal, who reaches the wrong Gokuldham Society in Thane city is dismayed when he finds out this isn’t his beloved Gokuldham Society. But then suddenly a male voice calls out for him from the building. Turns out, Champakk Lal’s friend, for whom he set out to buy a BP machine on his birthday, is visiting his son who lives in the same society. They then inform Jethaa Lal over the phone that Champakk Lal has been found and that he is in Thane.

On hearing the good news Jethaa Lal gets so excited that he doesn’t bother listening to the rest of the details. In his excitement, he informs all the residents of Gokuldham Society that his father has been found and that he is at the Police Station. Jethaa Lal mistakes ‘Thane’ for Police Thana and assumes that Bapu ji is in the safe hands of Inspector Chalu Pandey. All the residents decide to go to Police Thana together to thank the Police Inspector and get Chacha ji back home. With much fanfare, the entire group wearing fancy, celebratory attire reach the Police Station. Soon as they reach the Police Station, they begin celebrating and thanking Inspector Chalu Pandey. They shower praises on him, garland him and present him with flower bouquets.

But their revelry comes to an abrupt end when Inspector Chalu Pandey asks them the reason for their celebration. It is then that they realise that Champakk Lal is not in Police Thana but in Thane with his friend and once again, Inspector Chalu Pandey gets furious that Gokuldham Society’s people themselves solved the case.

How soon will they be able to reunite with Champakk Chacha and will he finally come back home for the night? To find out, do watch Neela Film Production Private Limited’s show Taarak Mehta Ka Ooltah Chashmah from Monday to Friday at 8:30pm only on SAB TV.