Sidharth Shukla's family issues first statement: 'We request you to allow us the privacy to grieve'

Ahed of the prayer meet organised for Sidharth, his family thanked his fans for their love and expressed gratitude to the Mumbai Police for their support
FPJ Web Desk 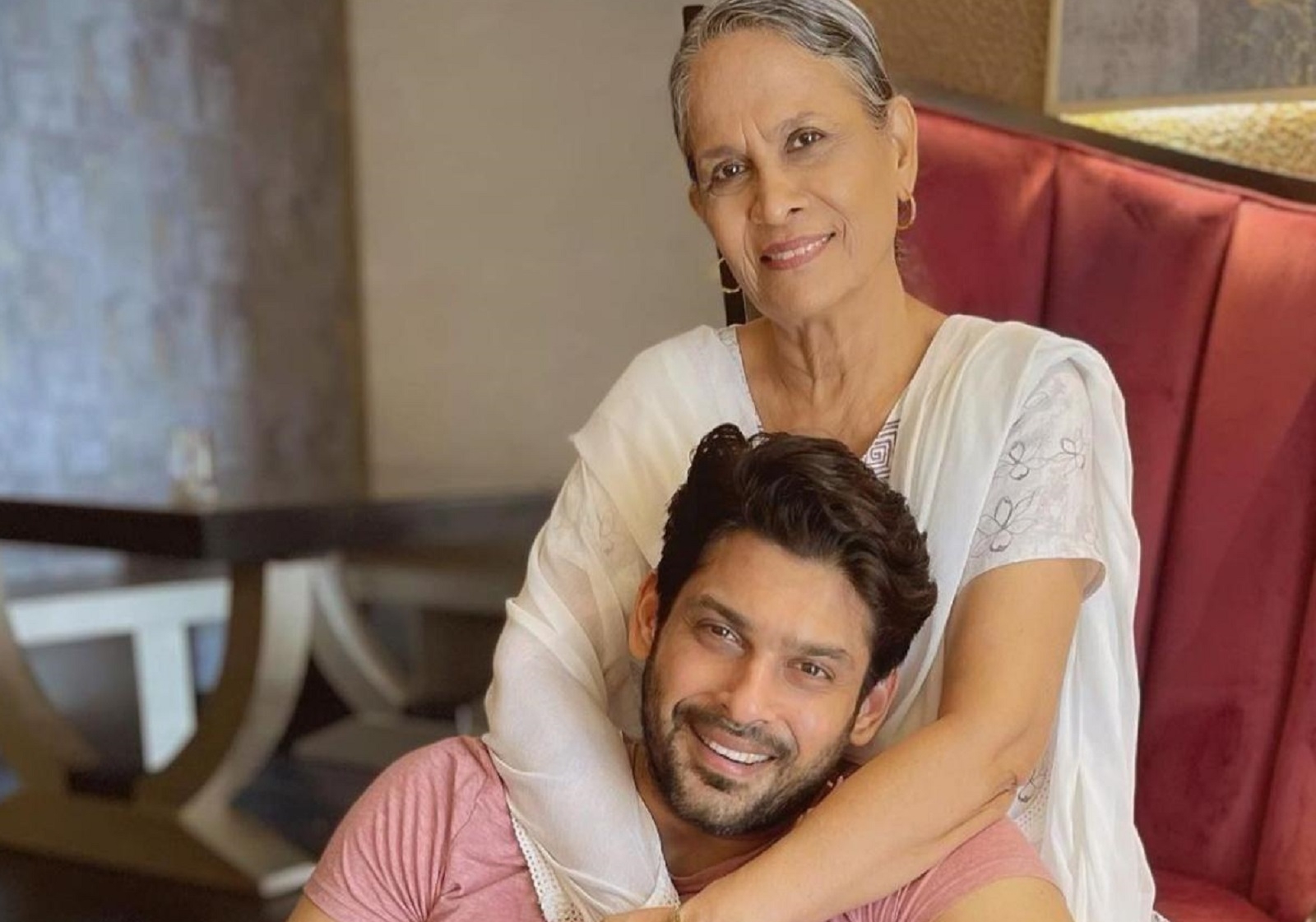 Actor Sidharth Shukla's family issued their first statement on Monday after his sudden demise on September 2.

Ahed of the prayer meet organised for the late actor, Sidharth's family thanked his fans and well-wishers for their love and also expressed gratitude to the Mumbai Police for their support.

"Heartfelt gratitude to everyone who has been a part of Sidharth’s journey and showered him with unconditional love. It definitely doesn’t end here as he now resides in our hearts forever! Sidharth valued his privacy, hence we request you to allow our family the privacy to grieve," the statement read.

"A special Thank You to the Mumbai Police force for their sensitivity and compassion. They have been like a shield, protecting us and standing by us every minute of the day," the statement further read.

His family also requested his fans to keep Sidharth in their thoughts and prayers. 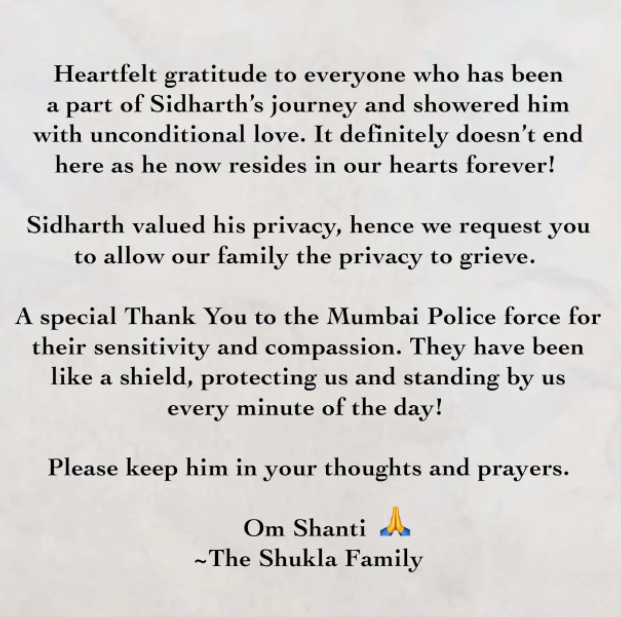 Sidharth passed away on September 2 reportedly due to cardiac arrest. He was 40.

According to several reports, Sidharth's rumoured girlfriend and fellow 'Bigg Boss 13' contestant Shehnaaz Gill was by the actor's side when he breathed his last. Here's how you can join late actor Sidharth Shukla's virtual prayer meet which will take place at 5...

He was rushed to Mumbai's Cooper Hospital on Thursday morning but was declared brought dead.

The news of the 'Balika Vadhu' actor's demise has left the industry in shock. Over the past few days, his friends, family members and fans have been grieving over the massive loss.

Sidharth began his career in showbiz as a model and made his acting debut with a lead role in the television show 'Babul Ka Aangann Chootey Na' in 2008. However, Sidharth became a household name with 'Balika Vadhu', wherein he played the main lead.

In 2014, Sidharth made his Bollywood debut with the Karan Johar-produced 'Humpty Sharma Ki Dulhania'.

The actor was last seen in the web series 'Broken But Beautiful 3'. 'I am numb, can't breathe': Karan Johar gets teary-eyed as he pays tribute to Sidharth Shukla; watch...
Advertisement