‘Shocked by such delicate sensitivities’: Divyanka Tripathi calls out netizen for questioning her ‘Indian mosquitoes’ remark

Divyanka posted “Famous Indian Mosquitoes were my alarm clock today. Hope you all had a better night?!”
FPJ Web Desk 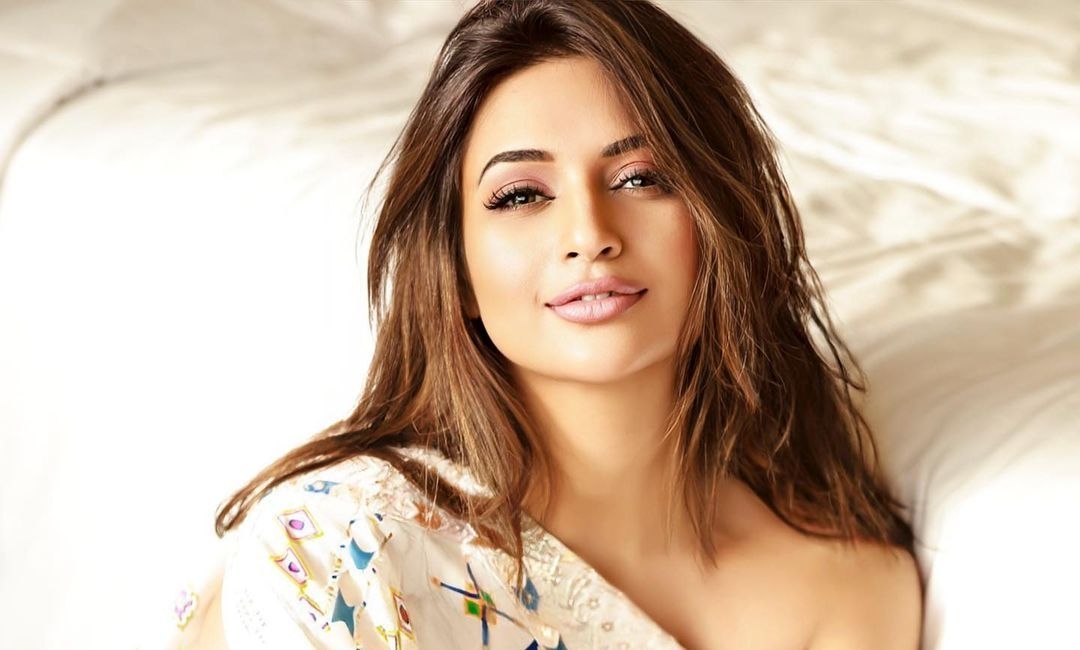 Popular television actress Divyanka Tripathi Dahiya, who doesn't shy away from giving befitting replies to trolls and those coming for her on social media, shared a conversation with an Instagram user over 'Indian mosquitoes'.

It all started when Divyanka posted a series of pictures from her workout session captioned as, “Famous Indian Mosquitoes were my alarm clock today. Hope you all had a better night?!”

An Instagram user, who later deleted the comment wrote, “Using the term Indian Mosquitoes sounds very derogatory to the country. I am a big fan of yours but don't appreciate the coined term.”

She captioned the conversation as, “I do get shocked by such delicate sensitivities! Macchhar se zyada aisi nazuk soch se pareshaan hoon ab!” 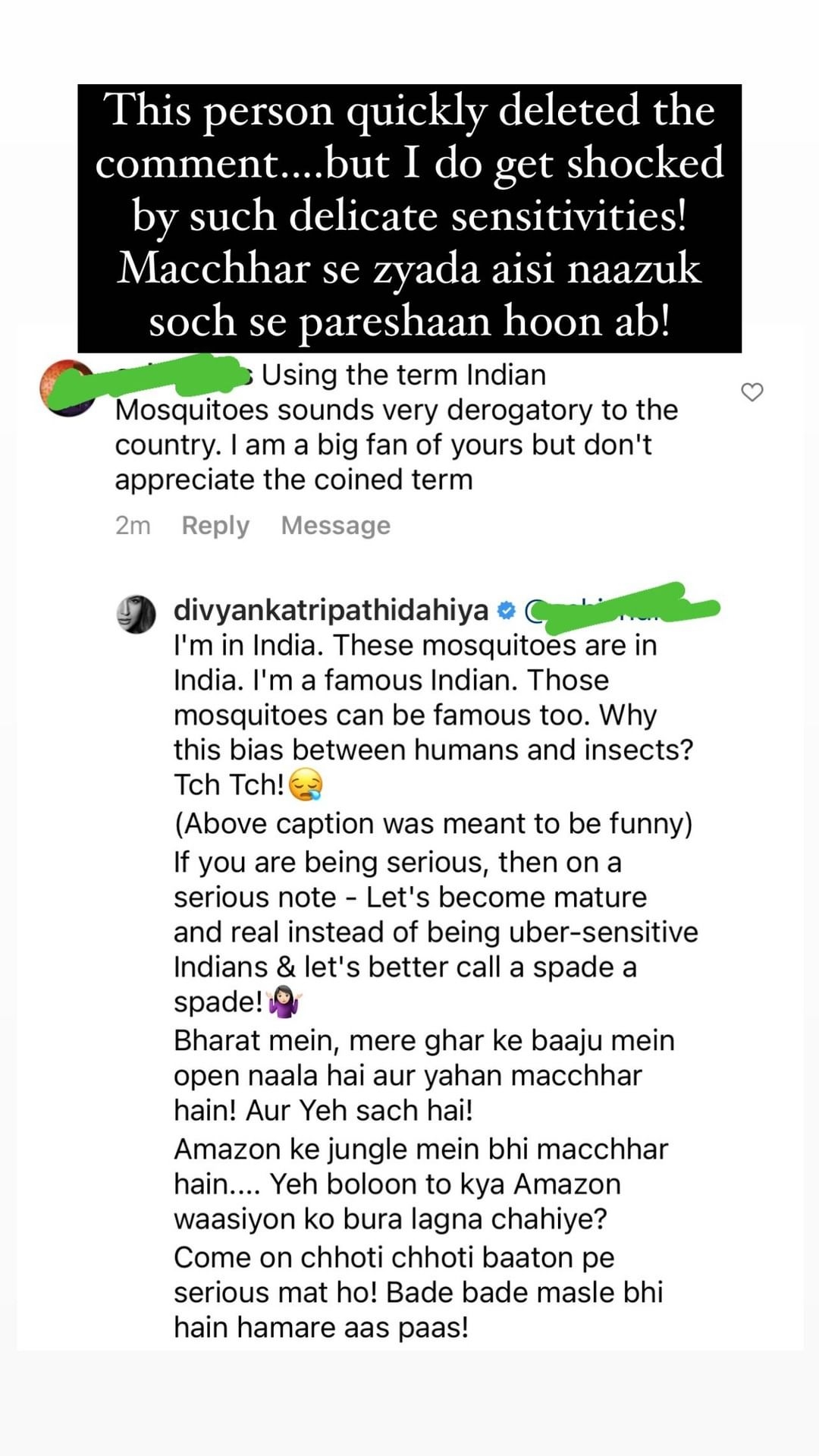 Divyanka's last show on the small screen 'Yeh Hai Mohabbatein' was also with Balaji Telefilms and was a super success. In fact, she became a household name with the role of Ishita in the show.

She was last seen in 'Khatron Ke Khiladi 11' and won the hearts of her fans all over again with her amazing performance on the show. 'He was in tears': Divyanka Tripathi reveals husband Vivek Dahiya's reaction to her music video...
Advertisement