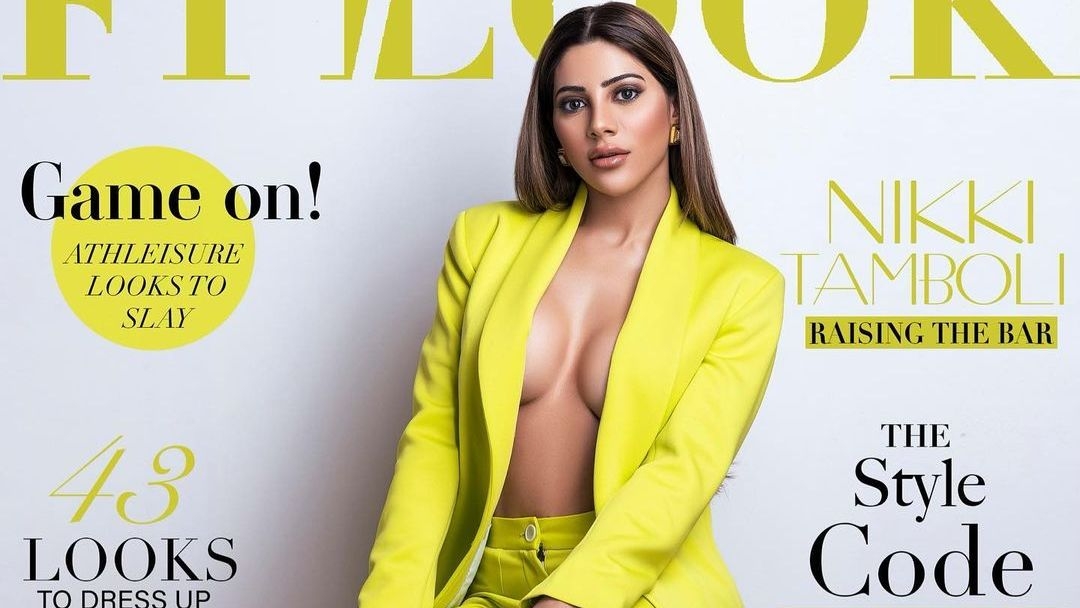 Actress and former 'Bigg Boss' contestant Nikki Tamboli stunned her fans recently after she posted a sizzling photo of herself on social media.

Nikki recently ditched her bra for a photoshoot. Taking to Instagram, Nikki shared the photo in which she can be seen posing seductively for the camera.

The 25-year-old actress can be seen wearing a in a neon pantsuit. She looked sexy in a shirtless blazer and high-waist pants.

"It’s not my fault that am popular neither is it my fault if you are jealous," she captioned her post.

Moments after she shared the post, her fans and some industry colleagues, including Sana Makbul and Sugandha Mishra, dropped fire emojis in the comments section.

Nikki has featured in South films such as 'Kanchana 3', 'Chikati Gadilo Chithakotudu' and 'Thippara Meesam'. However, she rose to fame with her stint in Salman Khan's 'Bigg Boss 14'. She emerged as the second runner up.

She also appeared in the stunt-based reality show ‘Khaton Ke Khildai 11’, days after she lost her brother to COVID-19.