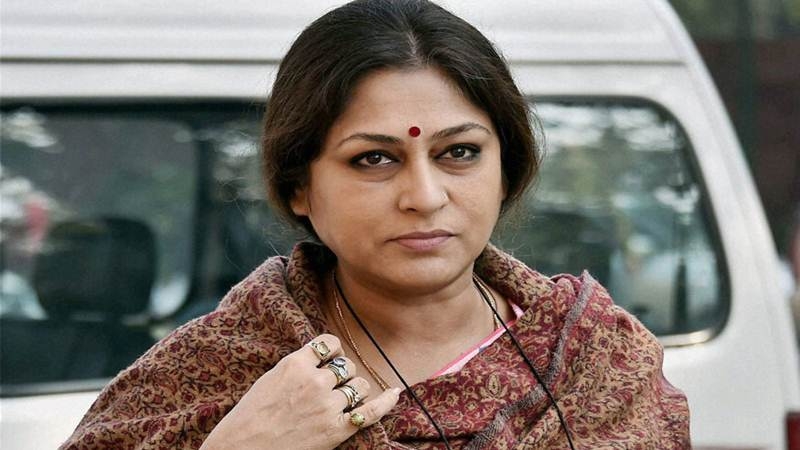 On the day when DD Bharati aired Draupadi's iconic cheer-haran scene in Mahabharat, the actor who played Draupadi, Roopa Ganguly, remembered a real-life horrific scene which took place with her on 22nd May 2016 in Diamond Harbour, West Bengal.

Taking to Twitter, Ganguly said that she was beaten by 17-18 people, along with the police. She wrote in Hindi, "I have been remembering for the past few days, May 22, 2016's Diamond Harbour incident. 17 to 18 people, along with the police, had pulled me out of my car and beat me up on the road. They ransacked the car. I had to suffer two brain haemorrhages. Only, I did not die. I am a rally driver, I snuck out of there."

Ganguly added that she was feeling sad about the recent incidents in West Bengal and Palghar amid the lockdown enforced due to the novel coronavirus pandemic.

The actor also shared a clip of the iconic cheer-haran scene.

The actor-turned-politician, earlier in 2016, in an interview said that they were going to rehabilitate a party activist who was attacked. "They attacked us with bricks, flung us to the ground, tore our clothes and beat us. It was a well-planned attack. We are still traumatised," she added.

Meanwhile, the Maharashtra government has handed the over the probe into the Palghar mob-lynching case to the Criminal Investigation Department.

In his address to the state, Thackeray said that five main accused and another 100 co-accused, including 9 minors, have been arrested so far. Palghar Sadhu lynching: Nobody will be spared, says CM Thackeray; all accused to be in custody till...