Slaying in shades of black, the 28-year-old was seen exuding elegance in an asymmetrical designer dress with fur detailing on it.
Asian News International 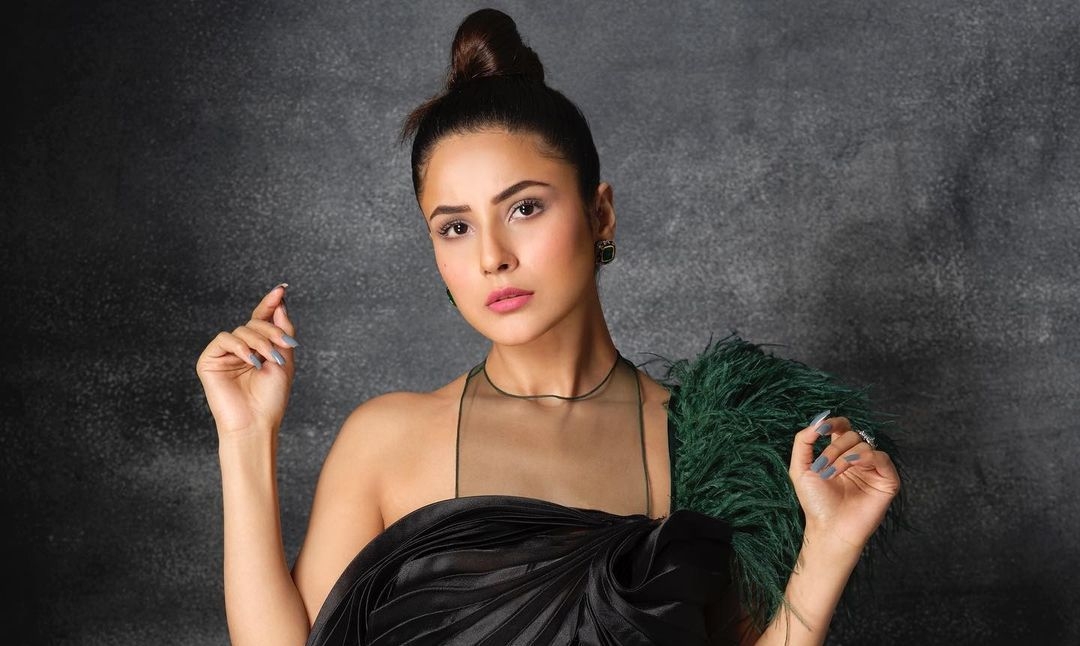 Slaying in shades of black, the 28-year-old was seen exuding elegance in an asymmetrical designer dress with fur detailing on it.

The 'Bigg Boss 13' fame shared a series of pictures featuring herself where she can be seen posing confidently in front of the camera.

In the pictures, Shehnaaz could be seen donning an asymmetrical black dress with statement green sleeves. She kept her hair tied in a neat high bun. The 'Honsla Rakh' star kept her makeup dewy.

The pictures accumulated more than eight lakh likes and thousands of comments within a few hours of being posted.

"Back again with a bang," one user commented.

Another wrote, "after so longgggg....I was earlier waiting for your photoshoot." "Great pictures Shehnaaz! God bless you!" a third user commented.

Recently, Shehnaaz made headlines with her latest video titled 'Reset and Restart' on a YouTube channel where she spoke to her rumoured boyfriend- late actor Sidharth Shukla's Guru, BK Shivani. In the video, she opened up about dealing with negativity, pain and loss and how she lost the desire to live.

Sidharth and Shehnaaz grew close to each other when they were in the 'Bigg Boss' house, though they never officially acknowledged being a couple. Sidharth later won that same season in 2020.

The duo also appeared together on reality shows such as 'Bigg Boss OTT' and 'Dance Deewane 3', along with featuring in music videos of 'Bhula Dunga' and 'Shona Shona'. Sidharth passed away on September 2 at the age of 40 due to a heart attack. Watch Video: Shehnaaz Gill reveals how she distracts herself from 'pain' after Sidharth Shukla's...