The wedding was attended by the couple's close friends from the industry, including Amruta Khanvilkar, Srishty Rode, Pavitra Punia, Eijaz Khan and others
FPJ Web Desk 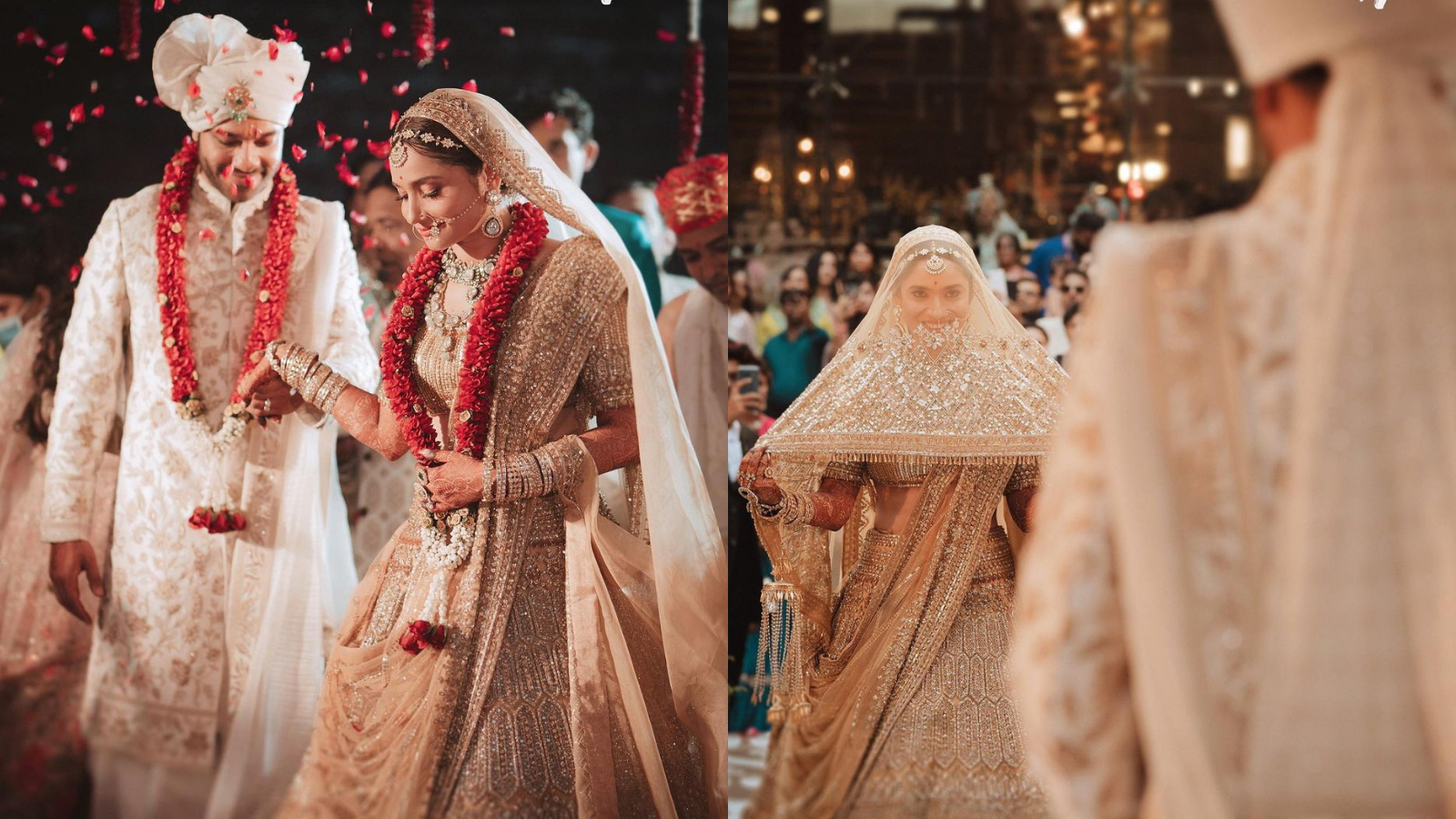 Actress Ankita Lokhande on Tuesday (December 15) tied the knot with businessman Vicky Jain in the presence of their family and friends in Mumbai.

The wedding was attended by the couple's close friends from the industry, including Amruta Khanvilkar, Mahhi Vij, Srishty Rode, Pavitra Punia, Eijaz Khan and others. It was held at the city's Grand Hyatt Hotel.

Hours after Ankita's friends took to their Instagram stories and shared pictures of the couple, confirming that the couple got married, the 'Pavitra Rishta' actress also shared several dreamy photos from her wedding.

According to several photos and videos doing the rounds on the internet, the groom arrived with his baraat in a vintage car.

Check out some of the videos here:

For the ceremony, Ankita wore a golden lehenga while Jain matched the bride with a golden-white sherwani. The couple had been dating for over two years.

The wedding festivities of the couple began from Saturday with a mehendi ceremony, followed by an engagement and the sangeet night, which was also attended by Ankita's close friend, actor Kangana Ranaut. The duo worked together in 2019 period movie 'Manikarnika: The Queen of Jhansi'.

A red carpet event for the couple's reception was called off due to rising COVID-19 cases in the city.