Shraddha flaunted the mammoth rock on her ring finger and captioned the pictures as, “The Easiest YES I’ve ever said!”
FPJ Web Desk 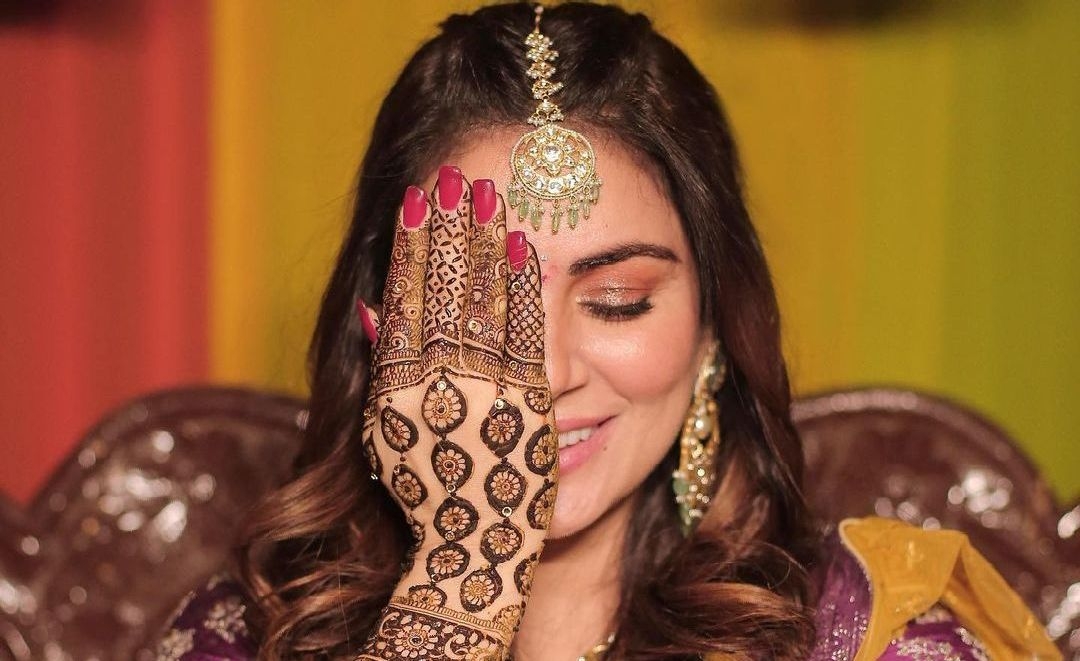 Popular television actress Shraddha Arya of 'Kundali Bhagya' fame is all set to tie the knot with a Navy officer on Tuesday (November 16).

On Monday evening, Shraddha shared pictures from her mehndi ceremony, for which she wore a delicately embroidered violet lehenga by a designer label called Neeru’s Indian Ethnics.

Shraddha flaunted the mammoth rock on her ring finger and captioned the pictures as, “The Easiest YES I’ve ever said!”

Earlier, Shraddha was dating Alam Singh Makkar and had even participated with him in 'Nach Baliye 9'. However, the couple reportedly called off the relationship as things didn’t take a forever turn for them.

'Kundali Bhagya' is one of the most popular and successful fiction shows on television.

She is currently portraying Preeta Karan Luthra in the show. She has gained a lot of fame for her traditional looks.

On the work front, Shraddha has also acted in films such as 'Paathshaala' and 'Nishabd'. However, she doesn't distinguish between working for television, films and web series.

In an earlier interview with IANS, Shraddha had said, "At the end of the day, you are an actor. You are facing the camera. You are portraying a character. It doesn't make a difference."

"(My ambition is) to do the roles you want to do and do them with conviction. If you do it with conviction, people believe in you and relate to you. That's what I strive to achieve. Sometimes I don't achieve it. Sometimes I feel I could have done better. It happens every day, in some scene or the other. It is a constant struggle an actor goes through - to be her or his best before the camera," she added.