Sourabh, who was pitched against Anushka Sen and Maheck Chahal, took the maximum time to perform the stunt and got eliminated
FPJ Web Desk 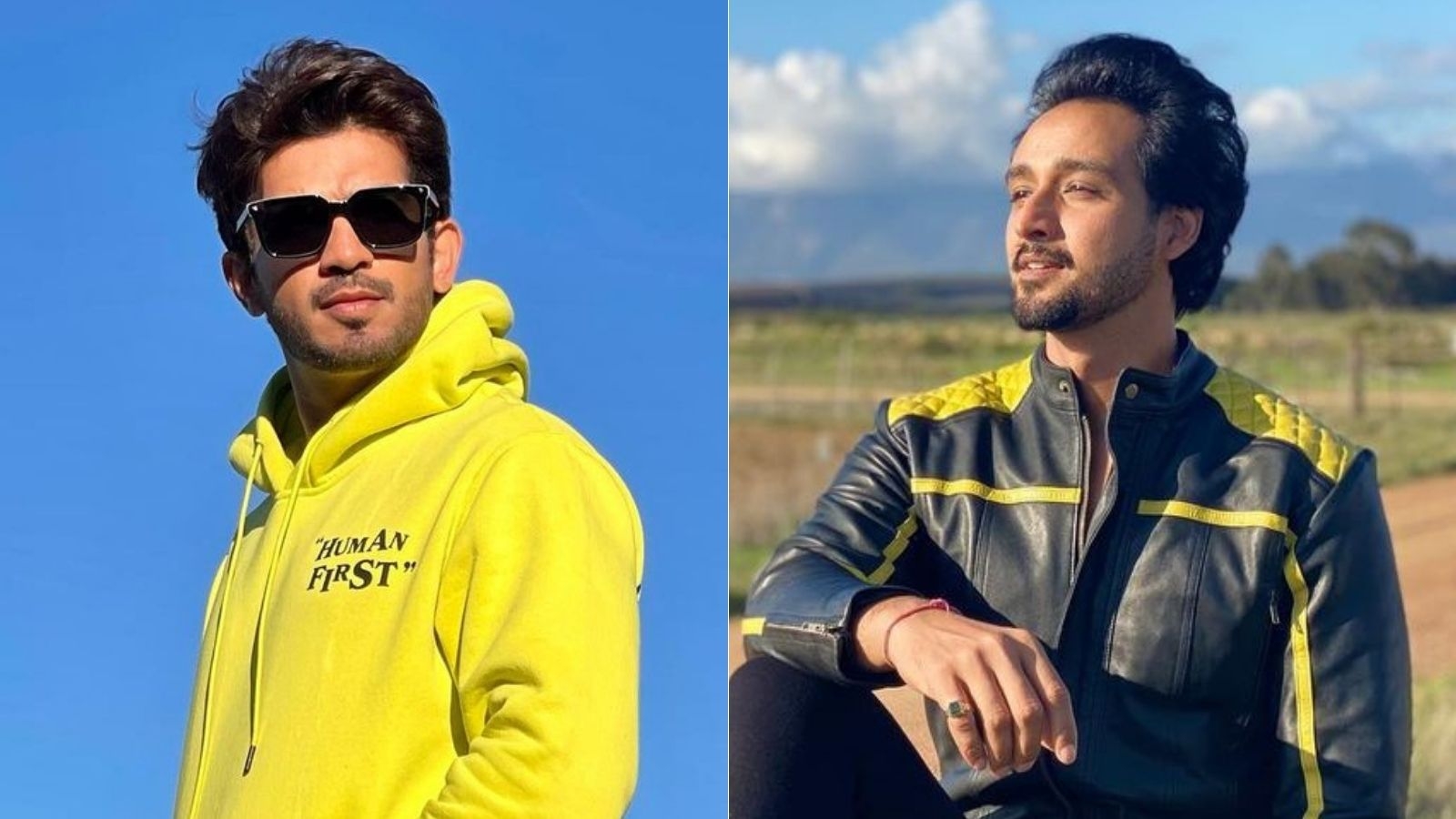 Television actor Arjun Bijlani on Monday responded to a fans' reaction to the 'unfair' elimination of Sourabh Raaj Jain in the recent episode of 'Khatron Ke Khiladi 11.'

For those unversed, Arjun used his K medal to save himself from the elimination round and nominated Sourabh to perform the stunt.

Sourabh, who was pitched against Anushka Sen and Maheck Chahal, took the maximum time to perform the stunt and got eliminated.

After the 'Mahabharat' actor's elimination, many of his fans called out Arjun and were furious at him for taking Sourabh's name instead of Nikki Tamboli, who had re-entered the show without completing a single task.

Reacting to the backlash in a tweet, Arjun wrote, "I won the k medal to be saved from the elimination stunt .. later the twist was I have to choose someone. So I did that. When Sourabh was eliminated I knew a lot of people will find it unfair. I truly wished he hadn’t. But yes u have a right to have an opinion."

Meanwhile, the elimination episode of Sourabh has raised several questions on not only viewers' mind but also his wife Ridhima.

Soon after the episode, Ridhima put up a poll on Instagram asking, "Question to all… putting up Sourabh Raaj Jain in the direct elimination round when he completed all the stunts, never got Fear fanda, never aborted a stunt… it this correct? Is this justice?" 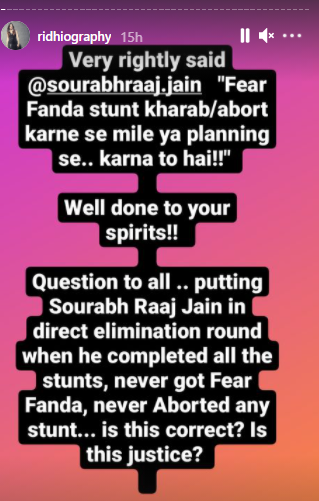 During the episode, Sourabh's co-contestants Abhinav Shukla and Shweta Tiwari also felt it was unfair to take his name as he never failed any stunt or left it incomplete.

Sourabh also said that Arjun should have taken Nikki Tamboli's name instead of him.

For the task, Sourabh, Anushka and Maheck were asked to find keys from a cabinet filled with cockroaches and snakes. It may be mentioned that Arjun had apologised to Sourabh on the episode. "I do not know how will I compensate for this ever. But I will try," he had said.