KBC 13: Check out Amitabh Bachchan's reaction after contestant's father turns out to be his personal PSO in 1992 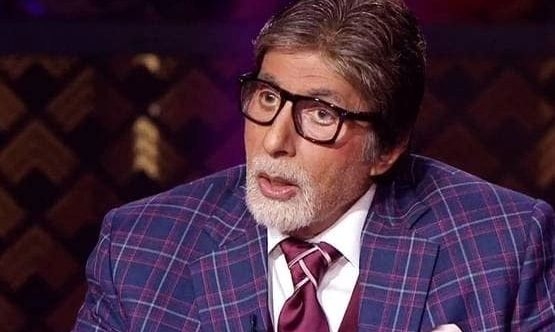 Megastar Amitabh Bachchan, who has been hosting the popular quiz show 'Kaun Banega Crorepati' for several years now, often interacts with the contestants during the game and even shares lesser known facts of his life.

In one of the latest episodes, Big B, who is also known for his wit and humour, playfully requested contestant Rashami Kadam's father to let her marry the guy of her choice.

Rashami is a Psychology Assistant Professor from Pune. She aims to pursue her education from a foreign country and open a Sports Psychology Institute in India.

Her father, who is a Police Inspector, accompanied her to the show. He also made an interesting revelation that he was Amitabh Bachchan's personal PSO (Police Standing Officer) in 1992.

However, he said that he never got a chance to click a picture with him. The host was stunned to know this and said, "Indeed, the world is very small" and assured of clicking a picture with him after the show. KBC 13: Can you answer this Rs 25 lakh question that made Pankaj Tripathi and Pratik Gandhi quit Big...

During the game, Big B asks Rashami's father about the qualities he is looking for in a guy to be qualified as her daughter's life partner. He also jokes that he is requesting her father on her behalf to let her marry the man of her choice.

Rashami's father agrees and Big B says that it is in public now and he can't turn back. Rashami thanks the host and they have a hearty laugh.

Also, after a question on Kartik Aryan, Bhumi Pednekar and Ananya Panday's film 'Pati Patni Aur Woh,' the host asks the contestant if she has any 'Woh' in her life. She starts blushing and says that there were potential boys but they ran away after knowing that her father is a Police Inspector.

Meanwhile, on the film front, Big B was last seen in 'Chehre' with Emraan Hashmi, Krystle D'souza and Rhea Chakraborty. He will next be seen in films like 'Goodbye', 'MayDay', 'Jhund', 'Brahmastra' and the Hindi remake of 'The Intern' among others.