'If you don't like, simply unfollow': 'Taarak Mehta...' actress Priya Ahuja Rajda on being trolled for 'bra strap' picture

Priya, who plays the role of Rita Reporter in 'Taarak Mehta Ka Ooltah Chashmah' was recently trolled after she posted a picture that exposed her bra strap.
Ria Sharma 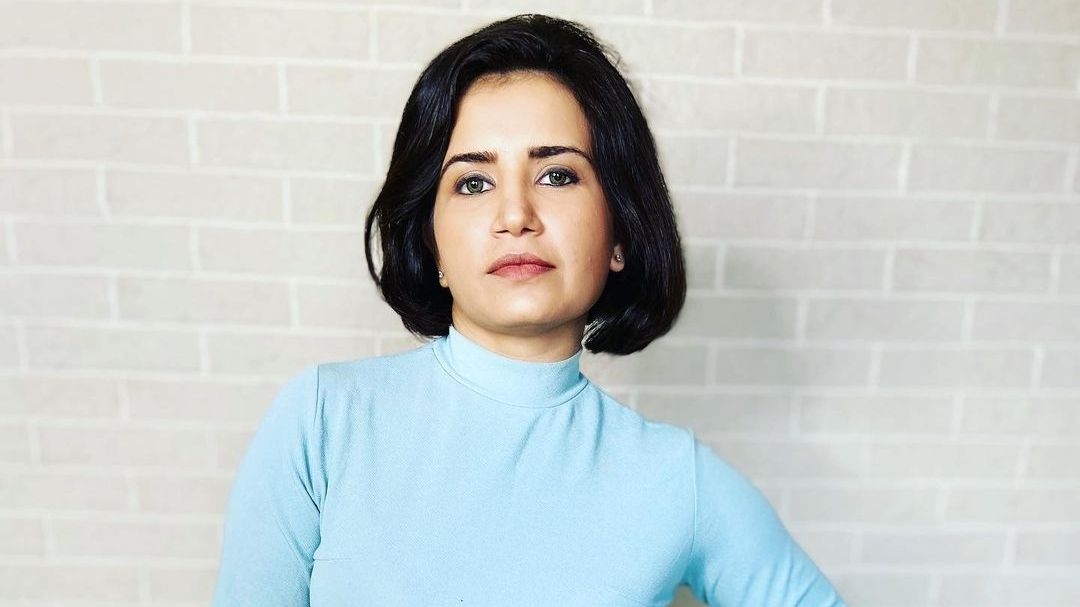 Actress Priya Ahuja Rajda, who plays the role of Rita Reporter in 'Taarak Mehta Ka Ooltah Chashmah' was recently trolled after she posted a picture that exposed her bra strap. While many users shamed her, some even stooped low and asked the actress to reveal her breasts.

With social media platforms, including Instagram and Twitter, becoming a part of people's lives, trolling too has become a common phenomenon and actors are no exception to this.

In a candid chat with the Free Press Journal, Priya said that there was nothing controversial about the picture. She also opened up on online trolling and toxicity on the internet. The actress maintained that trolls and their messages don't affect her at all. She also stated that if someone does not like some kind of content posted by a celebrity then they should simply unfollow them.

"I feel these trolls are some frustrated people who need help. They don't understand what they do on social media. People who come up with such comments and abuses are actually not peaceful in their lives and try to disturb others unintentionally.  Ek jagah mil gayi hai bolne ke liye toh har koi bole hi jaa raha hai. I just want to say that if any celebrity puts up a picture and you don't like it, just unfollow. If I am following a celebrity and after a point, I feel that their post is boring or their content is not interesting, I will not go into that person's DM and abuse him/her," she said.

Further speaking about how she deals with the negativity, Priya said, "If there are some comments that I don't like then just for my peace, I delete them. Sometimes, I do read the comments on my posts. Most of the time what happens is that my fans and people who support me engage in a war of words with the trolls. I don't want my fans to fight like this. So, to avoid that conflict, I delete the abusive comments from my posts. I also block some people when it becomes too much to handle."

However, the actress maintains that she can't control what people talk about her. "If black is my favourite colour, I can't expect people to love that colour too. They can feel it's boring or dull or unlucky. They can come up with anything or any stigma attached to that colour," she said.

Even though Priya decided to ignore the negative comments and abuses on her picture that exposed her bra strap, her husband Malav Rajda, who is also the director of 'Taarak Mehta Ka Ooltah Chashmah', decided to give a befitting reply to the trolls. Lashing out at the Instagram user who made an indecent comment, Malav wrote, “Apni maa ya behen ko bhi bol ke dekh, dekh zara kya react karte hain (Say this to your mom and sister, see how they react to your statement).” 'They are okay with bikini pics, but...': Shikha Singh on being trolled for posting topless photo

Priya further stated that she often tells her husband to stay calm and ignore the trolls, however, this time, he was in no mood to turn a blind eye to the indecent and nasty comments. "Malav is a gentleman. I know him for over 12 years now and the way he talks to people and respects people is one of the qualities why I fell in love with him. He also thinks that just because we ignore the trolls, they think they can say whatever they want. He just wanted to shut them by replying to one of the comments. I wouldn't say that it's the wrong way of dealing with trolls but that is his way. We both respect each other's way," the actress said.

Priya also requested people to not only be kind towards celebrities but towards everybody on social media platforms. "I really don't know if what I say would make any difference but everybody is going through a struggle in some way or the other, especially because of the pandemic. I would request people to be kind on social media. It's a personal choice of an individual of what they put on social media and it's your choice whether you want to like it or no," she said.

"I usually put up my post and forget about it but there are people who religiously work on their social media and build their profiles. They are attached to what they are doing on social media. I feel that we should not hurt anyone's sentiments, especially during the pandemic when everyone is super sensitive. If you don't like how the celebrities present themselves on social media, then simply unfollow or ignore instead of abusing and creating negativity," she added.

Meanwhile, on the work front, Priya was seen in one of the recent episodes of 'Taarak Mehta Ka Ooltah Chashmah'. The team of the popular sitcom was shooting in Daman till recently when Maharashtra was under lockdown. After restrictions were lifted in Mumbai, the team resumed shoot in the city.