Anusha and Karan dated for five years before reportedly calling it quits in 2020.
FPJ Web Desk A day after ‘Bigg Boss 15’ contestant Karan Kundrra shared his breakup story with television host and MTV VJ Anusha Dandekar, the latter posted a cryptic note reacting to it.

In a conversation with co-contestant Shamita Shetty, Karan revealed that he lost too many friends given that he was engrossed in his relationship for a couple of years. He also elaborated on the importance of working on one’s own issues.

Karan also hoped Anusha watches the episode but stated, “Usko bhadkane wale bahut log hai baahar (there are many people who manipulate her).”

Anusha took to her Instagram stories and shared a meme of seeing through people and penned a note alongside which read as follows:

“I’m feeling this after seeing that I literally want to say so much, show so much... but I will still respectfully keep my peace and sanity because I deserve better than this constant deceitful life. I am talking to all of you women & men out there who underestimate yourself & believe you deserve less. you do not! just know, once somebody starts a lie he only tangles himself into a web of them and has to keep going, not realising the only way out is the freakin truth!! I have mine, I know the whole truth, so does he and all his people but I am the only one who has spoken it, with all my dignity intact... and I can rest easy with that. I’m tired. And honestly now a little bored, grow up! man up! It is high time! I’m not the girl who will play your games and sit in silence while you endlessly spin a false narrative! She will only respect herself and be honest, Kind people! The End...Enough...X” 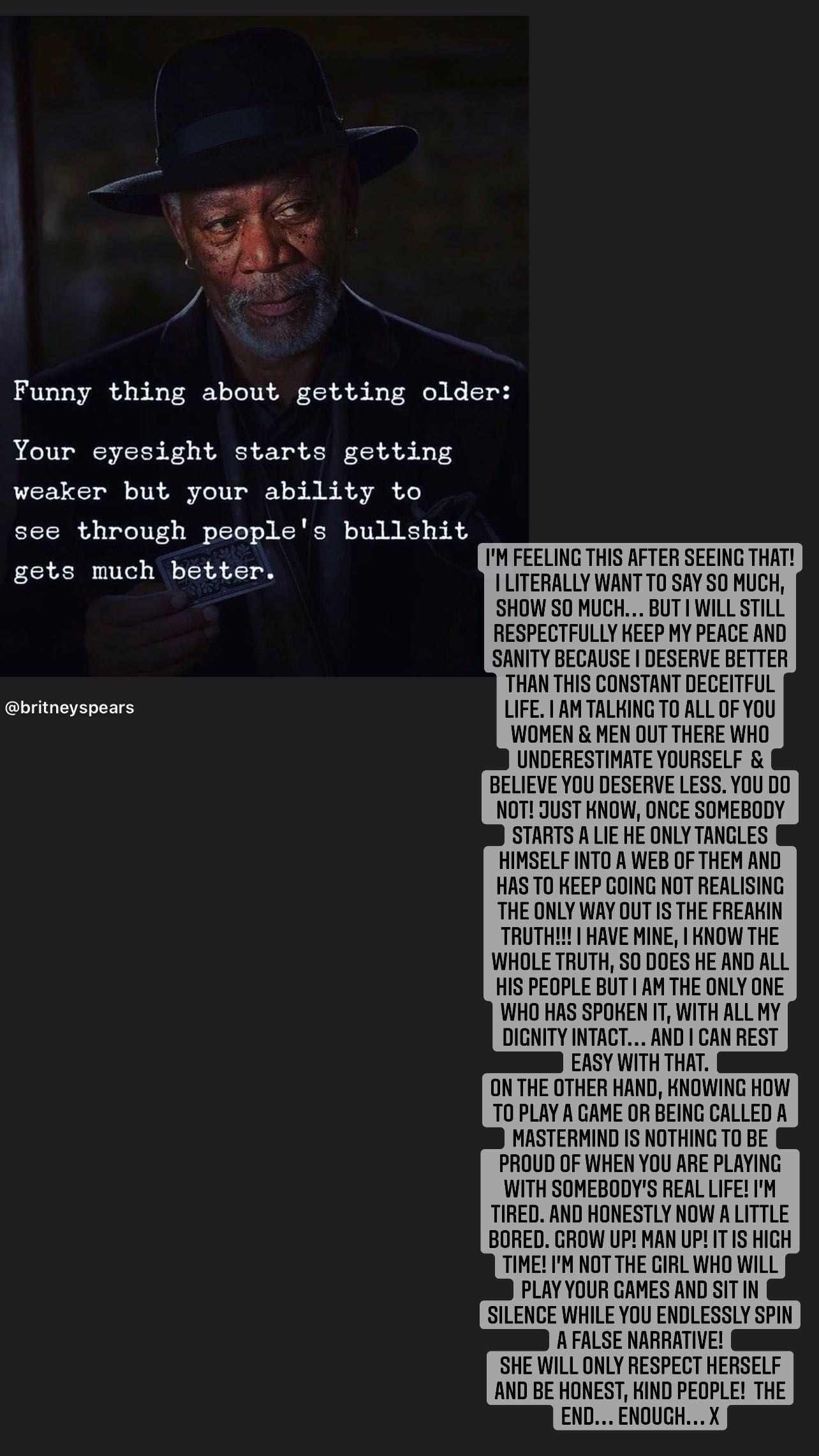