'Don't care what others feel': Bharti Singh on trolls who claim husband Haarsh Limbachiyaa used her for fame

On dealing with the criticism that he is piggybacking on Bharti’s fame, Haarsh said that it is not a big deal for them and as a couple, they are very secure
FPJ Web Desk 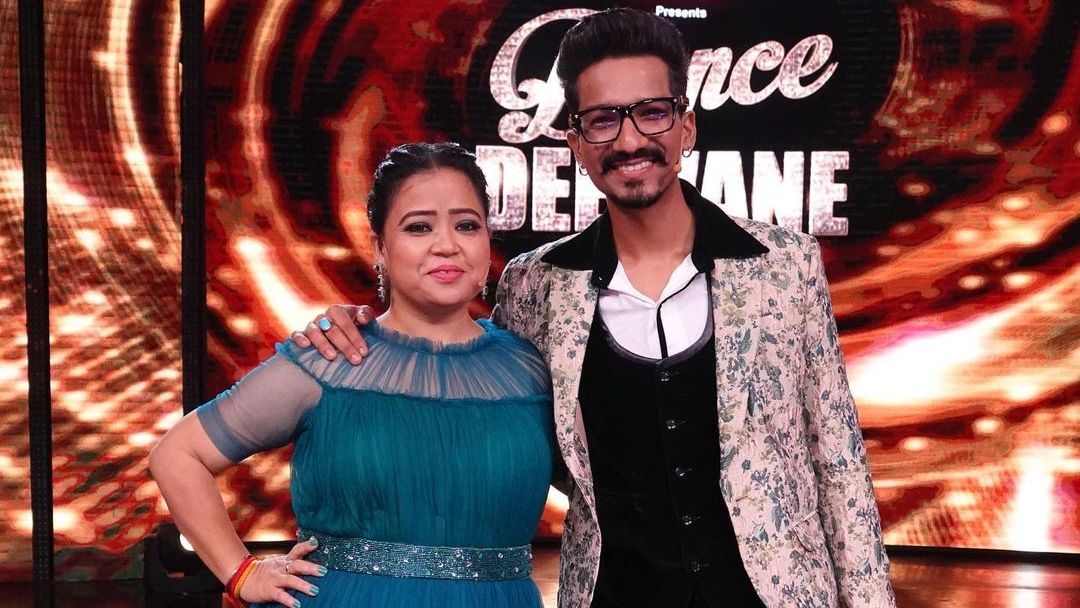 Actor-comedian Bharti Singh recently reacted to trolls who claimed her husband Haarsh Limbachiyaa used her to get fame.

Bharti and Haarsh met and fell in love on the sets of 'Comedy Circus'. They got married in 2017 after being in a relationship for seven years. They have worked together on 'Khatron Ke Khiladi', 'Khatra Khatra Khatra', 'India's Best Dancer' and several other shows.

They are now getting ready to launch their first big project, 'The Indian Game Show' on the comedian's YouTube channel Bharti TV. The two had reportedly taken off to Dubai recently to launch the show, which will have 50 celebrities playing fun-filled games.

During an Instagram LIVE session with IndianExpress.com, Bharti and Haarsh opened up on their new project and various other things. When asked Haarsh on whether the industry has been treating him differently now that he is a ‘face’ on TV, and not just a writer, he said that he thinks so, however, he has never stopped writing. He said he is the same person, who enjoys writing more than anything else. Haarsh also admitted that people respect him more and now don’t keep him waiting.

On dealing with the criticism that he is piggybacking on Bharti’s fame, Haarsh said that it is not a big deal for them and as individuals and as a couple, they are very secure.

He said that when he feels he is right, then whatever the world says, it doesn’t matter.

Bharti added that the trolls may not understand their equation, but the people who they work with know that she will speak the lines only when Haarsh pens them. She further said that they are incomplete without each other and create a dhamaal when they work together.

The comedian-actress said that she loves mouthing Haarsh’s scripts as he understands her best. She said that they don’t care what others feel as they are strong together.

Meanwhile, Haarsh and Bharti are currently seen hosting 'Dance Deewane 3' on Colors. Bharti is also a part of 'The Kapil Sharma Show'. Bharti Singh loses 15 kgs in a year; reveals how Haarsh Limbachiyaa reacted to her epic...