Afsana Khan to be thrown out of 'Bigg Boss 15' for threatening to harm herself with a knife?

According to a promo, Afsana can be seen trying to hurt herself with a knife in anger
FPJ Web Desk 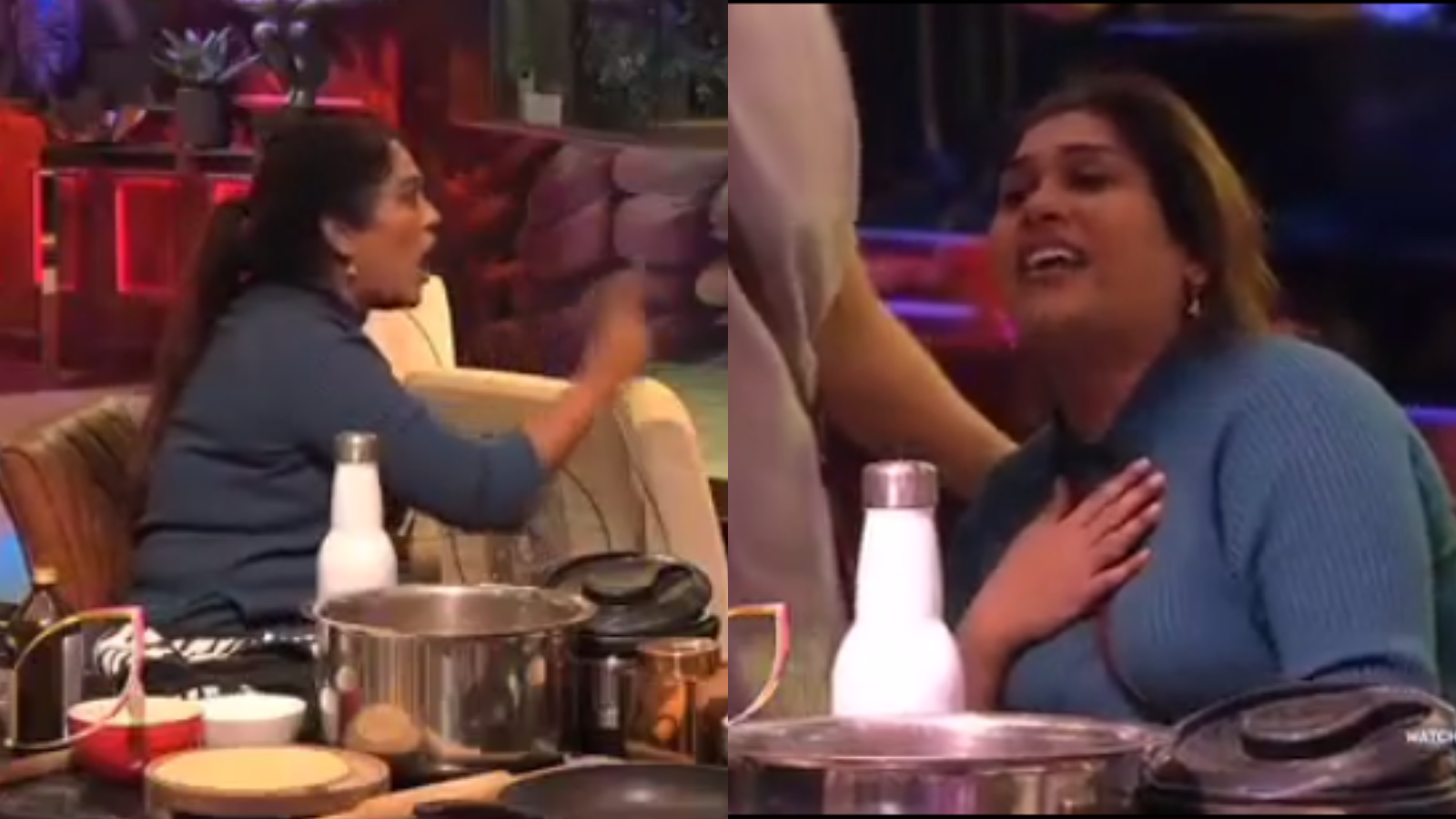 Punjabi singer Afsana Khan, who is currently locked inside the 'Bigg Boss 15' house, once again fought with the housemates after she failed to get the VIP ticket.

According to a promo of the upcoming episode shared by the makers, Afsana can be seen trying to hurt herself with a knife in anger.

Umar Riaz, who is the captain of the house, had to choose between Karan Kundrra, Nishant Bhat, Tejasswi Prakash, and Afsana Khan. He left Afsana and chose the other three contestants. Following this, Afsana lost her calm and tried to hurt herself.

While being seated near the kitchen area, Afsana told Shamita Shetty, Jay Bhanushali, Karan, Umar that she was everyone's clear target and they wanted to remove her. Afsana said that this show is not at all about maintaining relationships, and starts screaming and hitting herself. Within the next few seconds, Afsana can be seen picking up the knife and throwing away a few things. Umar, Jay, and Karan rushed towards her to stop her and they try to calm her down.

The 15th season of one of the most controversial reality shows, hosted by Salman Khan, began on October 2.

Before the show began, it was also reported that Afsana ran away from the hotel where she was quarantined after having panic attacks.

For the unversed, Afsana is a Punjabi playback singer and songwriter. She began her career as a singer in 2012 as a participant in the singing reality show, 'Voice of Punjab Season 3'.

Her song 'Titliyaan Warga' broke all the records and emerged as one of the popular songs of the year.