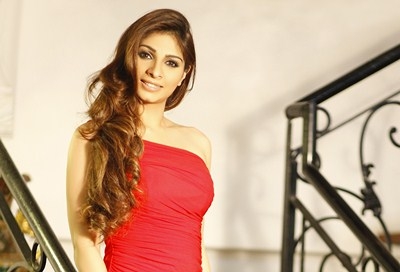 This is with reference to Tanishaa playing a lead female protagonist, Barkha, in a film which is an only official Anna Hazare’s biopic. Anna Hazare’s biopic has been a muse of many directors in B Town. Tanishaa will play a role of bubbly TV journalist for whom news means business. The movie starts with the 2011 Ram Leela Maidan Andolan covering Anna Hazare’s life, contemporary democratic situation of the country, the political drama, transition in lives of people who are involved in Andolan and how the Andolan also brings in a transition in Tanishaa’s life. The lead of Anna Hazare will be played by Shashank Udapurkar who is also the director of the film.

The chirpy Neel & Nikki star will be seen in a completely vibrant and different avatar in Anna Hazare’s biopic. Tanishaa is already undergoing a rigorous training for this character of Barkha. Her look as a journalist will be soon revealed. After her sting in the last reality show with all controversies surmounted, Tanishaa is currently focusing on her performance and wishes to put in her best through her endless endeavours to attain perfection.

This movie has garnered a lot of significance in Tanishaa’s life because of her ideologies and principles. Her sole aim, through this film is to pay a tribute to Anna Hazare’s consistent efforts towards the accomplishment of a noble cause. According to sources, Anna Hazare might also promote the movie.